From Dark Season 3 To Stranger Things Season 4, we have come up with a list of 21 most anticipated Netflix shows that we are dying to watch.

You cannot deny the fact that some of the greatest shows are on Netflix. Netflix is a platform which comes up with best shows, movies, documentaries time to time. Whenever Netflix drops a new series we usually binge-watch in a day and after that comes a long wait for the next season. Here is the list of some of 21 most anticipated Netflix shows with the upcoming season that we all are eagerly waiting for.

If you have watched Stranger Things, I am pretty sure it has made it to your list of favourite shows. Starting from season 1 to season 3, the show has progressed quite smoothly. It is a sci-fi show of how young kids and other town people are so determined to avenge the dark mysterious creature hovering in their town for a long time. It feels like we have to build a connection with the young characters as we have seen them growing physically throughout the season.

Season 3 left us with the ending of Hopper being trapped or dead and Eleven moves with Joyce but the season 4 teaser gave us a glimpse of Hopper being alive and working with Russians. After the release of the teaser, we all cannot wait any longer and are desperately looking forward to it. It is expected by the fans that season 4 will release this year only.

Black Mirror has currently 5 seasons and by far it is the best science fiction show to ever exist. The episodes are different from the other but are somehow connected. The best part about this show is its unique storyline based on growing technology and the impact it will have in the near future.

Although it is not officially announced anything about the release of season 6, not even the teaser or trailer are out still there is a high possibility of another season.

Good news for you all as today the release date of season 3 was announced and that is…. drumrolls…. June 27th, 2020. Yes, you heard it right Dark season 3 is coming on Netflix next month.

Dark is a German science fiction thriller series which gained worldwide popularity because of its brilliant storyline and one needs a high functioning brain to understand it as this series seems to be confusing for a lot of viewers. You might get difficulty in keeping up with the twists and remembering all the characters. Yes, it is that confusing. Anyway, mark your calendars, cancel all your plans because 27th June it is.

La Casa de Papel or commonly known as Money Heist is a Spanish drama series which is becoming everyone’s another favourite series. This series is about the gang of robbers who plan robberies in most secured and wealthiest places along with their supervisor who is known as Professor. The opposition is the police force. It is interesting to see how we are more empathetic towards the robbers and want them to achieve rather than being on the police side. The characters are all beautiful and strong. The show is definitely dominating Netflix.

About season 5, it is definitely not coming this year because season 4 was dropped last month. So, we can expect it in 2021 but the theories are already revolving around the internet.

This series is the continuation of ‘Narcos’ and has currently two seasons. The show is about the Mexican drug war and gives us an insight into the Mexican drug industry. Narcos was highly loved by audiences and so does Narcos: Mexico.

Season 2 was released this year and there is no confirmation or news about the next. So, the only thing we can do for now is to wait and miss our favourite characters and show.

Sex Education is a British comedy-drama web series covering the lives of a bunch of teenagers and depicts how sex can affect a teenager both mentally and physically. The plot deals with some heavy topics but is handled in a funny way.

It is official that another season is coming, it was confirmed way back in February but however, due to this pandemic, the releasing date is estimated to be shifted to 2021. Nevertheless, if you are a teenager like me you should definitely watch this amazing show about sex education which sadly India lacks behind in acknowledging it.

The Witcher is a Polish-American fantasy drama series. This series is based on ‘The Last Wish and The Sword of Destiny’ which are collections of short stories that precede the main Witcher saga. If you are missing GoT, it will surely give you that vibe with lots of nudity and violence. This new Netflix series is getting loved by audiences.

Netflix has confirmed season 2. Production hs started and we can expect it in early 2021.

Atypical is receiving a lot of positive responses for their efforts to make a show on Autism which is such a sensitive topic. It has a fun story where the protagonist decides to start dating. You will definitely enjoy a teenage comedy-drama.
Netflix has announced way back in February that season 4 is on its way but looks like we have to wait this year due to the pandemic delay and we can expect it next year.

From the show name itself, you must have figured out by now that it is a devil related series. Well, you are not wrong. Lucifer is a story where Lucifer himself comes back from hell and gets involved in solving crime cases with the police. The story is quite interesting and has a unique plot. Another interesting thing is that the director of the show is Indian.

Also, Lucifer is coming back to Netflix with another hit season. The date is not released yet. Season 5 is the final season and after that, we have to say goodbye to this amazing show.

Altered Carbon is an American Science fiction show which gives us an unimaginable insight to the future. It is another show which is based on a novel ‘Altered Carbon’ by Richard K. Morgan. If you haven’t read this novel, I suggest you all watch the series and get out of that boredom zone.

We can assume that season 3 is not going to arrive before 2022 as the previous season was released this year. So, wait a little longer, I assure you it will be worth the wait.

This show is brilliant and very different from the usual shows. This is a British series and one can easily tell by the character’s accent. It has very deep, dark comedy as well as the plot. Alex and Alyssa went on a road trip without knowing this could turn their lives upside down as they end up murdering a man in his own house.

It is still unclear if we are getting another season or not. But there’s no harm in hoping for that.

Glow is one of the prominent shows in Netflix Original’s section. This show is filled with excitement and fun. Due to its amazing plot and humour, fans have binge-watched it and are waiting for another season to binge-watch again.

Season 4 is going to be the season finale and we can expect it to release either on late this year or early 2021.

Never Have I Ever (Season 2)

Watch this show now because this is a full entertainment package and besides that, it can make you cry too. Never Have I ever, unleashes the struggles of an Indian-American teenager. From typical Indian family drama to teenage romance, this show has it all.

We all have been waiting for season 2 since we finished the last season. It is certain that there is going to be another season but Netflix has yet to confirm.

This is another popular Netflix original show which is a comic-based superhero web series of the same name published by Dark Horse Comics. The story is about a superhuman family and their lives. The plot is fun and entertaining which is keeping their audience stick to the series.

You will be please to hear that the filming process has been completed. The Umbrella Academy is about to hit Netflix with season 2 on July 31, 2020. Keep your hopes high because I am sure it is going to be amazing.

It is the creepiest thriller series to ever exist. But still, we love this show. Strangely, the character’s toxic personality is what we are looking forward to.  It will truly take you to a thriller ride. You have currently two seasons and it is official that another season is coming in 2021.

13 Reasons Why deals with the most problematic topic about depression, suicide and bullying. This show is quite heart-breaking, depressive and also teach us a lesson of not to treat others rudely as it will lead them to end their lives. Hannah Baker is one of the victims for the same.

The good news is that season 4 which is the last season of the series is coming on Netflix within a few weeks that is on 5th June 2020. So, get ready to binge-watch in a day.

Netflix has announced a few days ago on the confirmation of Elite season 4. The date is not announced yet but fans are super excited already.

Locke & Key is an adaptation of the comic book series of the same name by Joe Hill and Gabriel Rodriguez. This book series attracted a lot of audiences and he also won Eisner Award for Best Writer and finally, this has adapted into a Series in February 2020. After hearing this news, fans were happy and excited and it turned out to be a well-made series.

After an amazing success of season 1, it is official that another season is on its way. But we cannot expect it before 2021 because of the worldwide pandemic.

Into the Night (Season 2)

Into the night is the newest Netflix series which released on this month that is May 2020. It is another sci-fi drama thriller with a unique and amazing plot of the world apocalypse due to the sun rays. If you are looking for something exciting and adventure show during the lockdown, I recommend you all to watch this show without thinking twice. It is Netflix’s first-ever Belgian series and it was a complete hit.

Even though the show aired this month only but the fans are desperate to know more about the series but the ending of the first season left them hanging with theories and speculations. It is certain that there is going to be another season but we don’t know anything about it. Netflix has yet to confirm. Trust me, season 2 will have a lot more amazing plot and it will be worth the wait.

So what are you waiting for? Sit back and turn on your Netflix and binge-watch these amazing shows before the most anticipated seasons drops in. 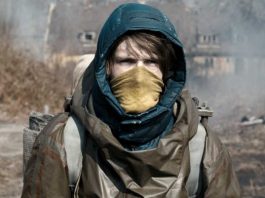 Piracy Websites Leak All Episodes Of ‘Dark Season 3’ For Free... 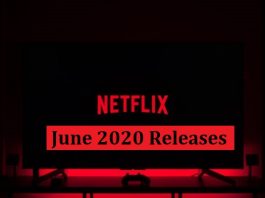