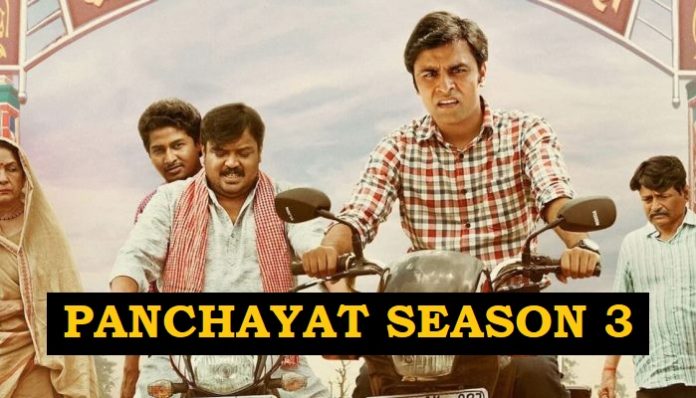 Panchayat Season 3: The second season of Panchayat is winning hearts and the fans are already demanding the third season.

Amazon Prime Video dropped the most-awaited second season of Panchayat on May 18, 2022, after a gap of two years. Like the first season, the second season garnered excellent reviews and the viewers absolutely loved it. In the second season, we are not only introduced to several new characters but the storyline was also expanded. It’s been only a few days since Season 2 premiered and the fans are curious to know if the makers are planning the third season.

Since its premiere on May 18, Panchayat Season 2 has been a topic of constant discussion on social media. The fans are crazy for the show and hashtags like #Panchayat2 and #PanchayatSeason2 are still apparent on Twitter. This shows how much viewers love this show.

Will there be Panchayat Season 3?

Though there is no official confirmation on season 3 by TVF, Amazon Prime, or any cast members, several websites are claiming that the third season is in the works and would release in 2023. However, these reports are not true.

So, are we getting Panchayat Season? Well, Season 3 looks inevitable at this point as the first two seasons received an incredible response. Panchayat is one of the most viewed and popular web series in the Indian OTT space. Moreover, the second season ended on a cliffhanger, giving a foundation to a new season.

The director of the series Deepak Kumar Mishra recently confirmed that they are planning a season three but are not in any rush about it.

Kumar Mishra told Indian Express, ‘Season 3 of course aayega but time lagega (There will be a new season but it will take time) Right now, we have the responsibility of two seasons and thus we’ll have to focus more on performances and script. Thus it will take its own time,’

When asked about the romantic angle between the show’s main characters Abhishek and Rinki (Jitendra Kumar and Sanvikaa), director Deepak Kumar Mishra further said that season 3 will slowly see that happening (love and marriage). He added, ‘As I said, everything will take its own time. Just like the nature of the village, everything will happen at a slow pace. Dheere dheere sab hoga (It will all happen slowly).’

Talking of Panchayat Season 3 release date, well, that’s something too early to ask for. The second season too was announced only when they completed its filming. So, maybe they would follow the same pattern this time around.

There was a gap of more than two years between the first and second seasons. So, the earliest we expect Panchayat Season 3 to be on our screens is in early 2024.