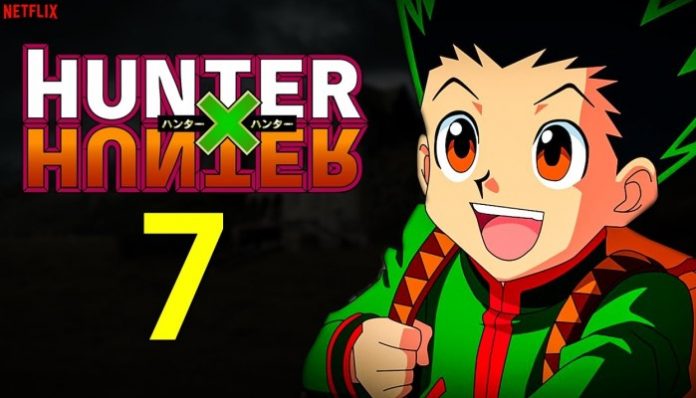 The fans have been for a long time wondering will they ever get Hunter x Hunter Season 7. Well, we have compiled all the latest information on the same.

Before discussing Hunter x Hunter Season 7, let’s take a look at the franchise’s history. The name basically signifies the Japanese manga and anime series that turned out to be one of the most renowned ones. The Weekly Shonen Jump is serializing the manga volumes written and illustrated by Yoshihiro Togashi since 1998. The manga series underwent through diverse ways of adaptation in distinct animation works. The first was a short anime film ‘Hunter × Hunter – Jump Super Anime Tour 98′ with Noriyuki Abe and Hiroshi Hashimoto as its director and writer respectively.  It hit the theatres on July 26, 1998.

The first anime TV series directed by Kazuhiro Furuhashi and written by Nobuaki Kishima aired from October 1999 to March 2001. Between 2002 to 2004, we also got three separate OVAs (Original Video Animations) that adds up to 30 episodes in all. The anime that gained the most popularity and attracted the most number of viewers is the latest anime TV series. Directed by Hiroshi Kojina, the series has six seasons totalling 148 episodes that aired from October 2, 2011, to September 24, 2014.

The official Netflix plot synopsis for the series reads,

To fulfil his dreams of becoming a legendary Hunter like his dad, a young boy must pass a rigorous examination and find his missing father.

The anime is available to stream on numerous other platforms such as Hulu, HBO Max, YouTube, and Vudu. Luckily, you can stream it for free on Pluto TV and Tubi without a subscription fee or anything.

Will we ever get Hunter x Hunter Season 7?

First things first, there is no official statement on the 7th season of Hunte x Hunter. In fact, the chances are low that we would get a new season after such a long time. There is no news on the series’ continuation ever since the last episode aired on September 24, 2014. We would ask you to notice the release schedule of all the seasons. There is only a few days gap between every season. Now, it has been 7 years and we have no new season.

So we can’t expect a new season to suddenly pop up. But, one must never lose hope. Many anime series has made a comeback after years and were actually a big hit. So, we can expect the same from Hunter x Hunter Season 7 as well.

When is Season 7 expected to release/air?

As for the release date, nothing can be said, as of yet. For that, first of all, an official announcement is necessary. But we have never kept you down, so here’s what we think. The last season adapted the Election story arc and left more adventures to cover.

The Dark Continent Expedition arc and the Succession Contest arc are still left to be adapted. Season 7 would cover either one or both of them. Although, the Succession arc is missing a conclusion due to the ill health of Yoshihiro Togashi.

Anyways, we predict that if there’s a plan to bring up Hunter x Hunter Season 7, don’t expect it before 2023.

What will be the cast of Hunter x Hunter Season 7?

In lack of any official information, we can’t say anything about the cast of Hunter x Hunter season 7 either. But isn’t it obvious that there’ll be the same characters and voice actors as that of the previous seasons? Although there’ll be several new appearances, we don’t think that the cast will be a major change. If you wanna catch up with all of them, you can read the whole list of Hunter x Hunter characters here. All we have to do is just wait and see that if there’s an official word from the cast and crew. Stay tuned and we’ll keep you posted as and when we get something concrete about the season.

5 Best Animated Movies You Should Watch With Your Family