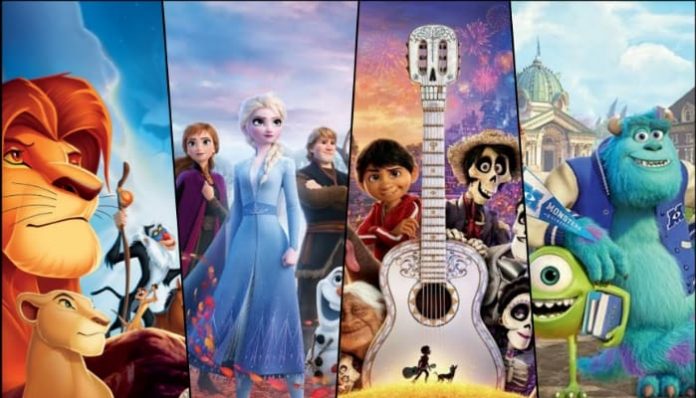 When it comes to animated movies, the narrative for entertainment completely changes. It’s a shame when people believe these movies are suitable for kids alone. They are never taken seriously. In fact, the message they contain is taken for granted.

Animated movies serve higher emotional feelings. With limitless opportunities and possibilities, the storytelling in animated movies is phenomenal. Therefore, it is a good idea to subscribe to one of the Spectrum TV Choice package to enjoy these flicks. With that said, let’s have a look at five of the top animated movies of all time.

One of the top classic tales that should never be forgotten! The Lion King was a beautifully animated movie with an exceptional storyline. It touched every emotional string, leaving the viewers misty-eyed. The catchy tunes, mesmerizing characters, drama, humor, and fun made it an excellent watch for people of every age.

The animated movie is still the highest-grossing film. It was made on a budget of $250 to $260 million. And its box office collection was approximately $1.66 billion. It is one of those special movies that you will love to watch with your family.

Changing the narrative of love between a Prince and Princess, Frozen came up with a unique theme of love. Affection between two sisters is inseparable even after every devious plan. Without adding the ‘Let It Go’ pun here, Frozen was one of the most successful animated movies of all time. With an empowering message in both, Frozen and its sequel, Frozen 2, viewers were left with happy tears in the end.

Pixar proved its ability to talk about a sensitive topic with perfection through Inside Out in 2015. This film is a deft exploration of all human emotions i.e., joy, sadness, anger, fear, and disgust. Inside Out exceptionally handles all the emotions in a fun-filled way, leaving the viewers gut-wrenchingly sad. It’s that powerful!

Made on a simple budget of $175 million, Inside Out collected a whopping amount of $858.8 million at the box office. The film taps into the intricacies of humans, nothing like this seen before.

This list would be incomplete without mentioning the computer-animated musical fantasy film, Coco. Produced by Pixar, the film is about a character Miguel who dreams of becoming a successful musician just like his idol, Ernesto de la Cruz. But it’s not a straightforward ambition. Miguel’s family doesn’t approve of his dream and bans music. You have to watch the film to find out what happens to Miguel and if he becomes successful in accomplishing his dream.

Coco received a lot of accolades including the Golden Globe Award. The movie was made on a budget of $175-225 million. It became a major hit at the box office and collected $807.8 million.

With advanced animations and an incredible way of telling a heartfelt story, Monster Inc. touched the hearts of many spectators. The film beautifully narrated the benefit of teamwork. This animated movie highlighted the advantages of working together, instead of going on different paths. Monster University, its sequel, however, teaches about personal failures. How a possible worst outcome cannot define the whole life.

These incredible movies helped in changing the perspective of their viewers. Monster Inc. collected $577.4 million from the box office with a $115 million budget. And Monster University was made on the budget of $200 million and collected $743.6 million in revenue.

These are some top and most acknowledged animated movies of all time. However, some honorable mentions that changed the way of thinking are:

These are some of the top animated movies of all time, that are great to watch. They teach different lessons, helping young minds to explore more. With these animated movies, spectators can also learn about abstract changes in life and how to deal with them. Each of the aforementioned animated movies must be seen by people of all ages. These films narrate a unique message that can change the hearts of many.

Will there be Hunter x Hunter Season 7? Everything you need to know