Will there be ‘The God of High School’ Season 2? Release date, plot, cast, everything you need to know about the second season.

The God of High School was one of the few animes of 2020 that garnered huge popularity with its first season. Released on July 6, 2020, the action-comedy anime received a positive response around the world and the fans are demanding season two. Will there be ‘The God of High School’ season 2? When will it release? If there are chances of getting a sequel, we will discuss the possible release date for the next season.

The God of High School is an anime adaptation of a South Korean manhwa released as a webtoon written and illustrated by Park Yongje. Sunghoo Park directed the first season with Saeho Song and Joseph Chou serving as producers. The first season comprised 13 episodes aired from June 6 to September 28, 2020, on Tokyo MX. It was officially made available for streaming on Crunchyroll and for home video on Viz Media.

The God of High School anime plot and storyline

The God of High School is a martial arts and supernatural anime. It revolves around the main protagonist, Mori Jin. He is a 17-year-old martial artist from Seoul, South Korea. The beginning of the story shows Mori gets invited to a Martial Arts Tournament, The God of High School, organized by crooked associations. These associations gather all the high school martial arts students and train them to succeed from state to national levels and choose only three for the World tournament. The winner gets whatever he desires without any arguments.

As Mori joins the tournament, he realizes that he has to fight with influential martial artists, with such fury supernatural powers as gods, demons, etc. He fights with two other martial arts prodigies- a Karate expert, Daewi Han, and an epeeist, Master Mira Yoo. However, after the fight, these two great artists become friends with Mori, and all three are selected as Korean Team for the World Tournament. As the preliminary rounds come near, we see many conspiracies between the competitors, and the story gets more exciting.

Will we ever get ‘The God of High School’ Season 2?

The animes are generally produced to make profits and drive more and more sales for the source material. The possibility of any anime’s next season depends on three factors. These are the availability of the source material, the popularity and demand for more seasons, and profitability. We have analyzed these factors for The God of High School.

There is no shortage of source material as the manhwa on which ‘The God of High School’ anime is based is still going on. 537 chapters have been published so far. The first season adapted just 111 chapters. So, there is more than enough source material available to produce at least four more seasons.

Coming to the popularity and demand factor, The God of High School was one of the most popular anime series of 2020. The first season garnered huge viewership around the world. The fans are super excited for its second season.

There is no issue as far as the profit factor is concerned. The God of High School webtoon makes a huge profit, the game is also popular, and coupled with revenue collected by anime, it is a win all the way.

So, after evaluating all three methods, which are the available source material, profits, and hype, we have good news for all the fans. God of High School will, no doubt, return for its second season. We do have enough source material, i.e., manhwa chapters, for the second season. Also, the first season made quite a lot of fans, resulting in huge profits for the producers. Lastly, the buzz and hype for the second season are high in the anime community. All these three factors would encourage the makers to go ahead with the next season.

Without highlighting any rumors, we would like to tell you that studio MAPAA the studio which produced the first season hasn’t officially announced ‘The God of High School’ Season 2. Anime sequels generally take time to get new seasons.

As there hasn’t been a very long time, not even two years since the last episode of the first season was released, expecting anything about the second season would be too hasty. So let’s sit back, relax and hope for the best.

We are assured that the anime series would get a new season. As per some reports coming, MAPAA has already started working on The God of High School season 2 and it will release in the second quarter of 2022. Though still, for some fans who wouldn’t wait for long, we would like to suggest that they should take a look at its manhwa webtoon.

Well, it’s difficult to predict the plot of the second season as the first season covered a complete story arc. In the climax of the first season, the warrior Taek (Kenjiro Tsuda) turns into a god. He opens the powers and unleashes on Mori and his friends. This makes Mori’s unlock his memories as he remembers that he is not a mortal high school student but the great god Sun Wukong, aka the Monkey King.

Mori directs his powers to attack Taek, who eventually transforms into a monster. With the help of his friends, Mori beats Taek, to become the winner of The God of High School tournament.

How many episodes would TGOH Season 2 comprise?

The first season of “The God of High School” is available to stream on Crunchyroll and HBO Max. 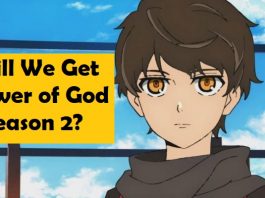 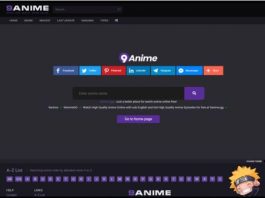 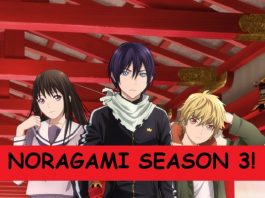