Will Noragami return for its third season? Here is the latest information on the release date, plot, and renewal status.

Recently, rumors were rife that popular anime Noragami has been renewed for its third season. We would like to clarify that there is no truth in these rumors. A tweet spread this rumor and as a result, everyone started speculating that Season 3 of Noragami will release soon. We, therefore, kindly advise you to not believe in such tweets by non-verified accounts.

So umm…when are we getting Season 3 of Noragami??? They can’t leave us with that cliffhanger. Plus I want more of my man Yato. #noragami pic.twitter.com/to2QdktvBy

Noragami is an exceptionally amazing action, adventure, fantasy, and comedy anime series. It portrays the story of a minor god seeking to gain widespread worship, teams up with a human girl he saved, to gain fame, recognition, and at least one shrine dedicated to him.

This anime television series is produced by the Japanese studio, Bones. It is directed by Kotaro Tamura and written by Deko Akao. The first season comprising of 12 episodes aired from January 5, 2014, to March 23, 2014, along with 2 OVA’s (original video animation) that aired on February 17, 2014, and July 17, 2014, respectively.

The second season having 13 episodes started airing on October 2, 2015, and concluded on December 25, 2015. Season 2 also had 2 OVAs that were aired on November 17, 2015, and March 17, 2016, respectively. Now that almost five years have passed, there is no official information on when the anime would return. So will there be Noragami Season 3? Let’s try to find out.

For animes, the possibility of a sequel depends on several factors like the source material, popularity, demand for the sequel, and sales and profit of the anime. We have analyzed these factors for Noragami Season 3. Based on our research, here is what we feel about the possibility of the third season of Noragami. Let’s discuss all these factors in detail:

To date, 23 manga volumes have been released. The newest manga volume by the author Adachitoka was released in Japan on February 17, 2021. There are also two spinoff manga stories titled Noragami: Stray Stories.

Thus, the makers have around 15 volumes available to adapt to an anime series. So we conclude that there is more than enough source material left to go ahead with more anime episodes.

The possibility of another season of an anime series hugely depends on the profitability as well as the sales of its source material, Blu-ray copies, merchandise, and viewership on OTT platforms. So, we need to analyze how the first and second seasons of Noragami performed and were they profitable or not.

If the anime performed well, then it’ll surely encourage the makers for another season but if the anime didn’t gain much profit for the producers, it’ll cease the makers from going ahead with more seasons. Like in the case of Tokyo Ravens that’s why we don’t have Tokyo Ravens season 2 yet.

Coming to the sales, the first season of Noragami sold approximately 5000 Blu-Ray per volume, and the second season sold around 2000 copies per volume. This is not a big number as hit animes like Overlord and Demon Slayer had huge Blu-Ray sales.

However, Blu-Ray sales have dropped significantly for all animes as streaming has emerged as a favorable option. Users aren’t buying expensive Blu-Rays as they use to a few years ago. Streaming has replaced Blu-Ray as a primary source of revenue in the last 5 years.

Thus, we can see that the series doesn’t accumulate much profit as expected. There was a 60% drop in Blu-Ray sales between the two seasons. Also, the manga is the major reason why the series would not get its third season as it sold very fewer copies than it does a few years ago.

Even the Accel World manga series is also witnessing the same downfall in sales, and that’s why Accel World Season 2 hasn’t been yet.

3. Noragami popularity and demand for a new season

Let’s have a look at how Noragami fared on the popularity charts since it first aired in Japan.

The social media accounts of the franchise are still active. The official Twitter account for this franchise with 109,000 followers tweeted last time in May 2021 about celebrating 100 million views of the Noragami Opening.

According to Google search engine data, the second season was more popular than the first one worldwide. However, in the origin country, Japan, the search volume for Noragami dropped for the second season. Talking about the current trend, the searches for Noragani in Japan are just 3% of the peak.

In terms of popularity, it’s a mixed bag for Noragami. Noragami season 2 was not as popular in Japan as season one was. However, the situation is just the opposite worldwide.

Will there be Noragami Season 3?

As of now, we can’t say anything for Season 3 of Noragami. However, it doesn’t mean that there will be no Season 3. There is a 70-30% chance of getting a sequel and for not getting a sequel. The reason why it won’t get a sequel is that it sold very less copies of manga and didn’t perform well for Blu-ray sales as well. Also, only the first season of Noragami was released on the OTT platform and as a result, it was not able to collect much profit from that.

The explanation for the series getting a sequel is that it has enough source material ready to be adapted. The other reason will be that the demand for season 3 is quite high as the fans are still waiting for its season 3.

Another problem is that the studio that worked on the first two seasons is super busy. Studio Bones is currently working on My Hero Academia Season 5 scheduled for release in 2022. They also have a few other projects for 2021 and 2022 already planned.

We will have to wait for a year or two and hope for good news. If season 3 is now announced in the next two years, then the chances of renewal would be almost zero.

What will be the plot/storyline of Noragami season 3?

In the third season, we will witness Yato’s true identity, his dark side, and his dark past as well. Bishamon, whose first family was killed by Yato, forgives him and Yato wants to become a God with millions of followers worshipping him to get the golden shine. He will start assembling his allies for the same. We will also see, Yato’s ex- Regalia, will oncoming to take her revenge on Yato and we will also know the reason for that. Yato has no idea how powerful is Nora.

Also, we will get to know about Ebisu who is the God of Fortune in the parallel world who used ghosts for the improvement of the parallel world and is later stated as a felon. No God would be happy on seeing his way of doing work and many of them will plan to kill him. Meanwhile, Yukine will help Yato in becoming the God of Fortune. The third season would also portray how the friendship between Hiyori, Yato, and Yukine would develop with the story.

You can stream and watch all the episodes of Noragami English Dubbed on Funimation and Crunchyroll. You can also watch subbed and dubbed episodes on Hulu.

Are you waiting for Noragami season 3? Share your views with us in the comments section. 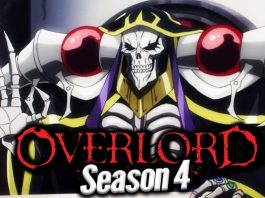 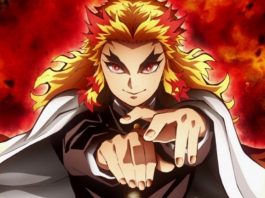 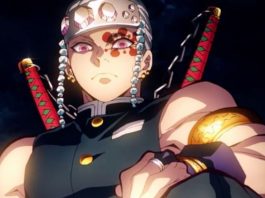