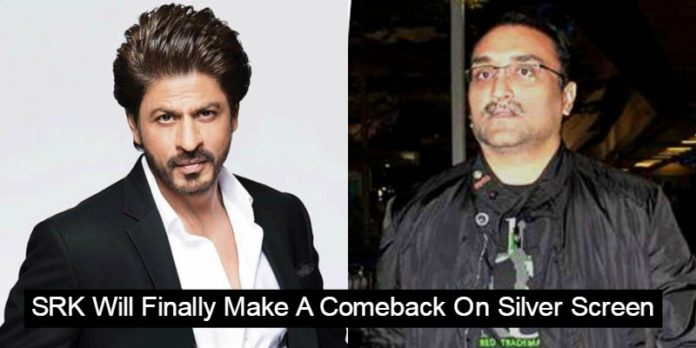 Shah Rukh Khan, the King Khan of Bollywood has been missing from the silver screen since a while now. SRK was last seen in Aanand L.Rai’s Zero and in his interviews after that, the actor admitted that he wants a break before signing his next project.

Although he keeps making headlines for some reasons or the other, one undeniable fact is that his fans miss him for not signing any film. Recently, an old picture of SRK went viral on social media and fans like always flooded social media, expressing their feelings through heartfelt posts and tweets!

Soon, the hashtag ‘ #WeMissSRKOnBigScreen’ started trending on twitter. Here, have a look at some of the posts:

#WeMissSRKonBigScreen Why SRK sir don't care about his fans willingness ? Why he is not announcing next film? Every SRKIAN dishearted and desperately waiting for his next. Why he neglect it? He is wasting stardom and all positive things around him, which are rare golden chance..

we are the fans sir! We should not compare your hot precence on screen with the box office numbers . We eagerly waiting for your comeback announcement @iamsrk #WeMissSRKOnBigScreen

Waiting to see you champ! Come back soon. #WeMissSRKOnBigScreen pic.twitter.com/WXTPReogHH

However, seems like Shah Rukh Khan is also missing ‘shooting’. If rumors are to be believed than Shah Rukh Khan might sign his new movie in collaboration with Aditya Chopra.

As Yash Raj Films completes 50 years next year, Aditya Chopra will soon announce a project starring King Khan in the lead role. The movie is expected to be a love story, where SRK will be seen in his element.

SRK and Aditya Chopra, the duo have given many blockbuster movies to the audiences, including Dilwale Dulhaniya Le Jayenge, Mohabbatein and Rab Ne Bana Di Jodi and if this project takes shape, the fans will be overjoyed.

Currently, SRK is busy in enjoying the success of ‘The Lion King’, in which SRK and his son, Aryan Khan gave their voice to two of the most iconic characters- Simba and Mufasa.