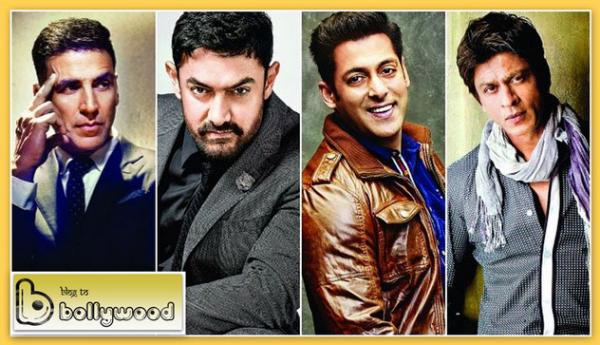 The four superstars of Bollywood, Shah Rukh Khan, Salman Khan, Aamir Khan and Akshay Kumar have been entertaining us for almost three decades now. They are the four pillars of our entertainment industry and we just can’t imagine Bollywood without them.

All of them have a huge fan following not only in India but overseas as well. Their fans love them, worship them and often fight with each other on social media channels. The superiority of these actors has always been a point of discussion on social media. The craze of these superstars and their films have no limit and often box office numbers become parameters to judge their superiority and dominance.

To simplify the things, we have decided the compare the box office record of all three Khans and Akshay Kumar. This comparison will give you a clear idea about the box office dominance of these superstars. Let’s have a look: