Highschool of the Dead is a very popular Japanese supernatural thriller anime that first aired in 2010. Will we ever get its sequel?

The series was so popular that even after 10 years of its release, fans are demanding its sequel. But unfortunately, like several popular anime series, ‘Highschool of the Dead’ hasn’t yet got greenlit for a second season. Will we ever get Highschool of the Dead? Why the creators have not yet renewed the series? Here is what we know so far.

Will we ever get ‘Highschool Of The Dead’ Season 2?

That’s a big question as it’s been more than a decade we last saw the horror-thriller anime on TV screens. The ‘Highschool of the Dead’ is originally a Japanese manga series written by Daisuke Satō and illustrated by Shōji Satō. It was serialized in Fujimi Shobo’s Monthly Dragon Age between September 2006 and May 2013 editions but was left unfinished following Daisuke Satō’s death in March 2017. There are currently seven volumes of the manga, and two collected omnibus editions that package volumes one through four, and volumes five through seven, respectively

An anime adaptation covering the first four volumes aired in Japan from July 5 to Sep 20, 2010. Studio Madhouse also produced an OVA that aired in Japan on Apr 26, 2011. When the show was aired back in 2010, it became an instant hit. Fans absolutely loved it and everyone was expecting Madhouse to come up with a sequel. ‘Highschool of the Dead’ joins the ever-growing list of popular anime series that are yet to get a sequel.

It’s unlikely that we will ever get a second season of the Highschool of the Dead. The problem is the lack of source material. The manga on which the anime is based has just seven volumes out of which four were adapted for the first season. The manga creator Daisuke Satō passed away in 2017, and, as a result, the manga was left unfinished. Fans are hoping for a new writer to complete the story but it is an unlikely scenario.

What are the latest updates on Highschool of the Dead Season 2?

What we do know, is that the original creators are not keen to move forward with the franchise, so the second season would be taken by a different network or studio. There have been rumours about Highschool of the Dead season 2 being taken by a US-based network.

A lot of networks own the rights to the first season of the anime series. These are VOD, Sentai Filmworks, Microsoft’s Zune Marketplace, and Madman Entertainment in Australia. Considering the popularity, one of these networks may give a new life to the dying anime series.

There have been rumours that Japanese authorities are giving it a second thought. There have been untrusted reports about the second season to release in late 2020. Well, that didn’t happen as we have almost passed 2021.

Several reports suggest that the second season is already in production and will be released by the end of 2022. Well, all these are unverified reports and we should wait for an official announcement.

As of Dec 2021, there is no official release date for Highschool of the Dead Season 2. At this point, all we can do is wait and make guesses. It’s been more than a decade since the series hasn’t released new content, so, it is not going to be a cakewalk. Even if a new studio or network pick it up, it would take 2 to 3 years to see the second season of the anime.

What is the plot of Highschool of the Dead?

The plot of the Japanese horror anime revolves around an apocalyptic disaster. A Zombie outbreak happens after a mysterious disease starts spreading in Japan and all over the world.

Due to the disease, Humans started dying miserably and then are becoming zombies. The disease keeps spreading at a rapid pace and there is no way out. The show primitively focuses on an eclectic group of survivors made up mostly of a teacher and her former students who try to protect each other and survive the catastrophe.

Where to stream ‘Highschool Of The Dead’ Season 1 in English?

‘Highschool of the Dead’ has a pretty good English dub for those who want to watch the horror anime in English. You can find subbed and dubbed versions on Anime-Planet. The anime is also available on Netflix. 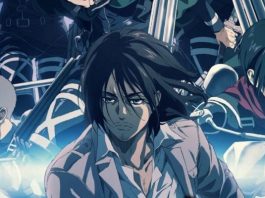 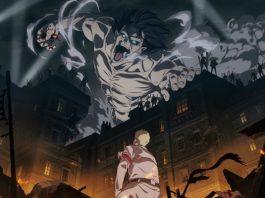 ‘Attack on Titan’ Final Season Part 2: How To Watch Anime’s... 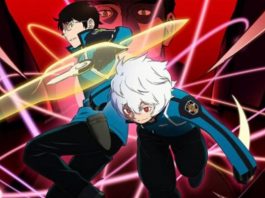