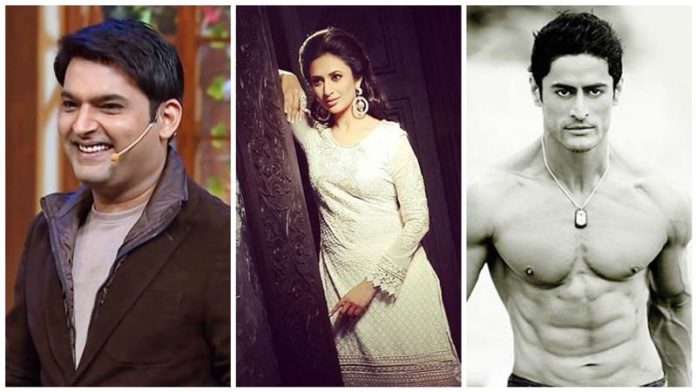 When it comes to earning heaps of money, Indian TV stars are not far behind the stars of the Indian film industry. These stars earn even more than some Bollywood actors when we take the pay per episode into account. This huge amount of money will surely make you go bonkers and wonder how can they be earning so much money. Check out this list of the highest paid Television actors 2017 in India:

Kapil Sharma has been topping this list for quite some time now and with his new contract with Sony TV, he is earning a whopping amount of 110 crores for a year. That makes up an amount of Rs 60 to 80 lakhs per episode. Well, his show has the highest TRP on television so he surely deserves this amount!

Dr. Mashoor Gulati has become quite ‘Mashoor’ for his medical tests and weird ways. The viewers love him and he is one of the main reasons for the huge success of Kapil’s show. For being one of the most loved stars, he takes home an amount of Rs 10 to 12 lakhs per episode.

The star of Ishq Ka Rang Safed is the third name on the list. He is one of the most loved faces on television. He earned an amount of Rs 1.6 lakhs per episode and this amount is surely higher than what other actors earn on the small screen.

Ram Kapoor is one of the most popular names in the industry. He is among the highest paid television actors for a long time now. The talented actor is one of the highest paid actors in the country who earns a whopping amount of Rs. 1,25,000 per episode. On an average, he shoots for about 15 days in a month which brings up his monthly pay to a huge amount.

Ronit is another big name in the TV industry whose popularity is not only limited to the small screen but also to the big screen. He earns around Rs. 1,25,000 per day and he will also be seen in movies like Machine and Saat Kadam.

Hina Khan is the highest-earning television actress, in fact, she earns a lot more than her onscreen husband. While being a part of Yeh Rishta Kya Kehlata Hai, she earned Rs 1 to 1.25 lakhs per episode. Now, she is not a part of that show anymore and she will soon be seen in Colors’ new show Chandrakanta. Will she hike her prices more now?

Karan is another household name because of his role in Ye Hai Mohabbatein. He is one of the most popular faces in the industry and is also very highly paid. He gets paid Rs. 1.10 Lakhs for each episode.

Mohit Raina is one of the most charming faces of Indian Television industry. The actor is well known for his role in historic serials. He became famous from his serial Devon ke Dev Mahadev. He played Lord Mahadeva in the serial. Now he is a part of high budget serial Ashoka. He gets paid 1 lakh per day and works for all the 30 days a month.

The last name in this list is that of Ankita Lokhande who takes something around Rs 90,000 to 1.15 lakhs per episode. She is not only a beautiful face but she is also a lady full of talent.

10 TV actresses that need to make their Bollywood debut now

10 TV actors that need to make their Bollywood debut now