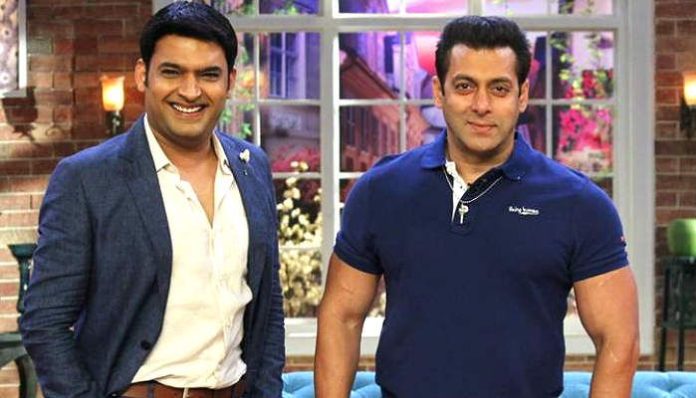 Dus Ka Dum To Replace The Kapil Sharma Show: As per the reports coming, Sony channel is unhappy with the drop in ratings of Kapil’s show and hence want to pull it down.

Kapil Sharma’s troubles seem to have no end in coming days. The latest reports suggest that his show might go off air very soon owing to decreasing TRPs and Sunil Grover walking out of the show. As per the reports coming, the channels is worried about dipping TRPs of the show and wants to replace the show.

As per reports in DNA, Sony Entertainment Television is in talks with Khan and they will finalise the details of the show in the next couple of days. The Times Of India report suggest that if all goes well, Dus Ka Dum may start airing in July in place of The Kapil Sharma Show. The channel is in no mood to renew the contract with Kapil.

Salman Khan is a household name after successfully hosting seven back to back seasons of the popular reality show Big Boss. Salman made his TV debut with Dus Ka Dum in 2008. The second season of the show was aired in 2009 and now if everything well, he will be hosting the third season after a long gap of eight years.

On the work front, Salman Khan just returned from his Da-Bang world tour. The actor will now get busy with the promotion of his next film Tubelight. Directed by Kabir Khan, the movie is slated for release on 23 June 2017.

In the meanwhile, Salman will get busy with the shooting of his next movie Tiger Zinda Hai. Tiger Zinda Hai is scheduled for release on Christmas 2017 and it would be interesting to see if Salman accepts Dus Ka Dum offer.