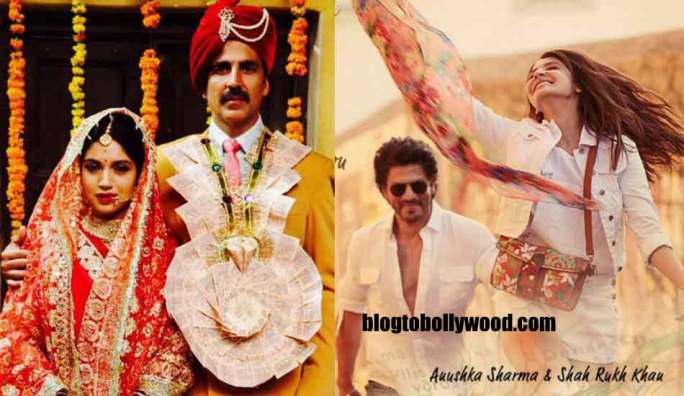 Rehnuma Vs Toilet: Ek Prem Katha – Director Imtiaz Ali has confirmed that his next with SRK-Anushka will clash with Akshay Kumar TEPK.

Shah Rukh Khan and Imtiaz Alia are collaborating for the first for a movie which has been tentatively titled Rahnuma. The movie is set for release on 11 August 2017 and will clash with Akshay Kumar’s Toilet: Ek Prem Katha. Earlier, TEPK was scheduled for 2 June release but the makers postponed it to 11 Aug. There were speculations that SRK may postpone Rehnuma to avoid the clash with Akshay Kumar’s movie.

Well, Imtiaz Alia has clarified that the film is indeed releasing on 11 Aug 2017. When asked about the title of the movie, Imtiaz said,  “The name of the film is not yet decided, we have some time. August 11… The film is going to release. So we will announce the name very soon.”

Asked about the box office clash with Akshay Kumar’s ‘Toilet: Ek Prem Katha’, Imtiaz said, “There are only 52 weeks in a year and some of them have been taken away by other things and of course, there are more than 52 films. So, clashes are not a big deal.”

Shah Rukh Khan’s movie with Imtiaz Ali is a love story in which he is playing a role of a guide. Anushka is playing his love interest. Like other Imtiaz Ali’s film, the music of the movie has been composed by A.R. Rahman.

It is going to be an interesting clash as Akshay Kumar is in prime form. His recent movies have been big hits at the box office and one can expect him to give tough competition to Shah Rukh Khan.