Alia Bhatt-Sanjay Dutt starrer ‘Sadak 2’ is now the lowest-rated film on IMDb of all time. It has received more than 55K votes and stands at a score of 1.0.

When Sadak 2 was announced, the excitement of fans was at peak as it a sequel to 90’s blockbuster film Sadak. No one has expected that much-hyped Mahesh Bhatt directional would meet this fate. Yes, Sadak 2 has received intense hate and as a result, it has become the lowest-rated film on IMDb.

Since Sushant Singh Rajput’s death, Bollywood stars are receiving criticism amid nepotism debate. Stars kids are on the receiving end as they are subjected to online bullying and trolling. The fans are not only trolling stars on a personal level but also causing big harm to their films and videos.

After 50K+ votes, Sadak 2’s score on IMDb currently stands at 1.0. It is now leading the list of ‘Bottom 250′ films. Well, it is the lowest ranking that a film can get on the platform.

Before the release on the film online, the trailer of Sadak 2 was also subjected to intense hate and online trolling. It has so far received more than 12M dislikes. Currently, it is the most disliked trailer and second-most disliked video on YouTube. Sadak 2 video songs also received huge dislikes on their release.

While all this looks like a part of a hate campaign or fans’ anger, the film has also been severely criticized by critics. Most of the critics have rated it as one of the worst films of all time.

Sadak 2 is a sequel to Mahesh Bhatt’s 1991 film Sadak which starred Sanjay Dutt and Pooja Bhatt. It is one of the highest-grossing Hindi movie of the year 1991 with a popular musical score.

It picks up where Sadak left off, revolving around the journey with a young girl who becomes an important character in the life of the protagonist, and the reason for him to stay alive. 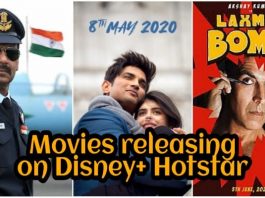