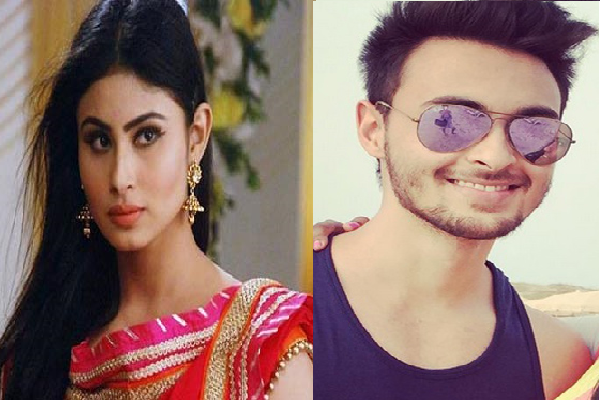 TV star Mouni Roy who rose to fame with her ‘Naagin’ role is all set to debut in Bollywood opposite Khiladi Akshay Kumar in the Olympic biopic ‘Gold’. Even before she wrapped shooting for her debut, she has been approached to star opposite Megastar Salman Khan’s brother-in-law Aayush Sharma.

Though there is no official confirmation yet, a report by DNA says the probability is quite high. Though many Mouni Roy’s fans always believed that Salman Khan would launch her sooner or later given their rapport as seen evident from here appearances in Bigg Boss weekend episode. In fact, in an earlier interview, a source quoted, “Salman had seen the same spark in Sonakshi Sinha when he launched her in Dabangg. He sees Mouni as being extremely desi, a traditional Indian heroine draped in a saree. He is looking at launching Mouni in one of his forthcoming home productions.” The buzz is also high that Mouni might be in Dabangg 3 too. When asked if Mouni will quit TV soaps after joining Bollywood, she denied it humbly. “Of course. Like I said, TV has given me my life. I want to do films because I love cinema and love what I do. I want to explore what I can do in terms of picking up a character and living it to the fullest in a film. But yes, TV has given me everything. I want to stick with good old soaps.”

We would definitely love to see Mouni Roy and Aayush Sharma together on the silver screen as the pairing looks very refreshing!