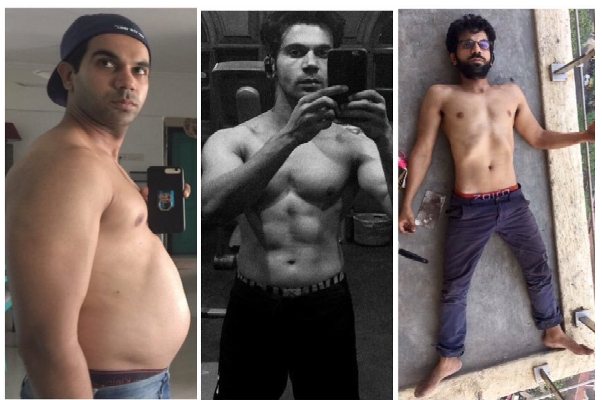 Rajkummar Rao posted a collage of his body transformation pics on Twitter which was trolled mercilessly by Twitterati!

However, Twitter was quick to turn it into a hilarious meme and had a blast trolling. Check out the memes below:

Pic 3: after marrying the girl of your mom's choice pic.twitter.com/YoMbOnN0a8

Memes aside, the fans are applauding Rajkummar for his dedication. Speaking about his weight gain he says, “I’ll have to reduce all this weight once we are done the shooting, which will most probably be by this month’s end and also will grow my hair back. I am hopeful that by the time my hair will grow back, I’ll be able to get rid of all this extra weight,” added the National Award-winning actor.