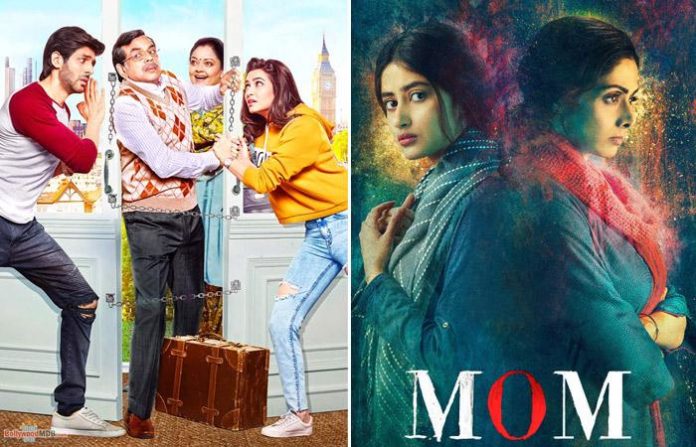 Half of the year has come to and end and Bollywood is still looking for a big blockbuster. The expectations from Salman Khan’s Tubelight were high but it also failed terribly in India and overseas. This week too, the things are expected to remain same as both releases, Mom and Guest Iin London are expected to take an average opening. Let’s have a look at box office prediction of Mom and Guest Iin London.

Mom Box Office Prediction
Mom marks Sridevi’s second comeback in last 10 years. Back in 2012, she made a comeback with a women-oriented film titled English Vinglish which took a low opening of 2.5 crores. A feel good film went on to grow with positive WOM and reviews. It eventually emerged as a box office hit with the lifetime collection of 40 crores. Now in 2017, Sridevi is returning with another film which belongs to a different genre. Mom is a dark thriller film. It manages to create decent buzz before release thanks to the intriguing trailers. But the problem here is the genre. Generally, this kind of films take poor to average opening and the same is expected to Mom. Considering the pre-release buzz, we are expecting Mom to take an average opening of 2.5 to 3 crores.

Guest Iin London Box Office Prediction
Guest Iin London faced a lot of troubles before it is finally hitting the theatres this week. Starring Kartik Aryan, Kriti Kharbanda and Paresh Rawal, the movie looks like a sequel of Atithi Tum Kab Jaoge which starred Ajay Devgn and Paresh Rawal. While the makers have denied this to be a sequel, the plot remains the same. Atithi Tum Kab Jaoge was a decent hit at the box office with the lifetime collection of around 35 crores. Guest Iin London too looks a promising affair but the problem here is the low pre-release buzz. It will take an average opening of around 2.5 crores and after that, it will be about the WOM, reviews and reports.

With no competition from past week releases, both Mom and ‘Guest Iin London’ have a good chance to make it big at the box office. However, ‘Spiderman Homecoming’ releasing on the same day could emerge as a big spoiler for both Bollywood movies.

What are your expectations from Mom and Guest Iin London? Share your views with us in the comments section.