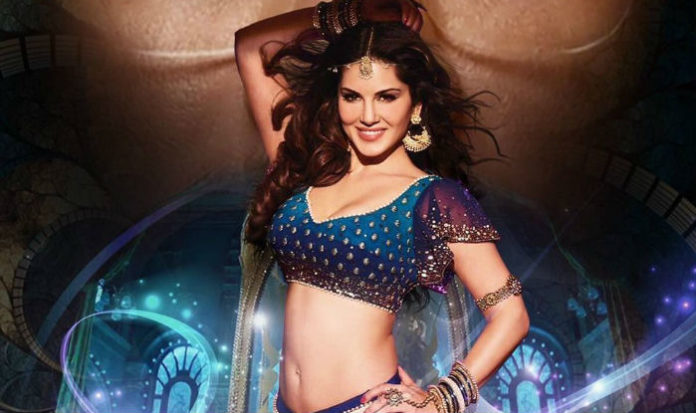 Sunny Leone and the craze for her item songs is the reason behind the success of many films. In 2016, Sunny Leone did an item song “Laila Main Laila” for Shah Rukh Khan’s Raees, and we know how it impacted the buzz of the film. Well, it was the year 2012, when Sunny Leone made a debut in the Bollywood industry. It has been 5 years, the gorgeous actress has been ruling the industry with her on screen appearances and item songs. Though, few films which starred Sunny as the leading lady got a hit tag at the box office, but films like Jackpot and Mastizaade couldn’t touch the mark and turned out to be a box office failure. But none of her item songs failed to set the screens on fire. Whenever the stunning actress made an appearance in an item number, the song turned out to be a massive hit. Have a look at top 5 items songs of Sunny Leone.

1) Laila (Shootout at Wadala) – It was the very first time, the lovely actress made an appearance in an item song in the Sanjay Gupta and Ekta Kapoor’s 2013 film. The song turned out to be a chartbuster upon its release and enlarged the buzz of the film. “Laila” was sung by Mika Singh. People went crazy for Sunny Leone’s onscreen appearance.

2) Baby Doll (Ragini MMS 2) – After the commercial success of Sunny’s debut film, she signed her second film. The film turned out to be the biggest hit of the actress. Sunny did two item numbers in the film “Baby Doll” and “Chaar Bottle Vodka”. Both the songs topped the charts and generated a lot of buzz around the film. The music videos got massive hits over YouTube and set many milestones.

3) Pink Lips (Hate Story 2) – In the year 2014, Leone appeared in an item song “Pink Lips” from Hate Story 2. The film turned out to be a huge success for the producers, and once again people went crazy for Sunny Leone’s item number. The music video of Pink Lips received so many hits on YouTube and went viral over the internet.

4) Desi Look (Ek Paheli Leela) – In 2015, Leone appeared in Bobby Khan’s “Ek Paheli Leela” where the actress portrayed dual roles as Leela, a village girl and Meera, a supermodel. She did an item song “Desi Look” in the film. The film garnered mixed reviews but was a commercial success.

5) Laila Main Laila (Raees) – In the year 2016, Sunny Leone appeared in an item number “Laila Main Laila” from Shah Rukh Khan’s Raees. The song turned out to be a massive hit, the music video garnered 9.8 million views on YouTube during its very first day and we all know what a commercial success Raees was. We saw many videos where people went crazy in theatres when Laila came onscreen.

The gorgeous actress is now making another item song appearance in Milan Luthria’s Baadshaho. The item number is titled as “Piya More” and features Emraan Hashmi opposite Sunny Leone. “Piya More” is voiced by Mika Singh and Neeti Mohan, composed by Ankit Tiwari and penned by Manoj Muntashir. We hope, the song will gather plenty of views over YouTube. Also, Emraan and Sunny are sharing the screen space for the very first time, their sensual chemistry is worth watching. Watch the music video of Piya More here –

Baadshaho is directed by Milan Luthria and will be hitting the screens on September 1.