A Two piece tipsy clothing or a bikini has always created on-screen magic for all the generations, and the B-Town’s gorgeous divas are helping them to keep their eyes on for more n more….with this let’s check out the list of top 10 bikini babes of Bollywood.

Deepika has always stepped further to her counterparts and has been on top of the list, either in acting or in showcasing. In the movie Cocktail, she has revealed her assets and set the screen on fire!! Evelyn is a German-Indian hot actress and model who made her B’wood debut in ‘From Sydney with Love’ and showed her awesome curves in ‘Sunny Sunny’ song from Yaariyan. No doubt Evelyn Ke hot curves ne Paani me Aag laga di. Priyanka Chopra’s walking out of the sea in a golden bikini in the movie Dostana was the highlight of the film. She dangled her curves every woman would envy. Poonam Pandey is an Indian model and Bollywood actress. The actress always grabs eyeballs thanks to her stripping announcement every now and then. Two piece being the most comfortable outfit for Poonam and her social networking profiles proves this. Donning a Bikini is too easy for this Kamasutra girl, Sherlyn Chopra. Posed topless for Playboy Magazine, Sherlyn has one of the best bikini bodies in Bollywood. Anushka has one of the Bollywood’s best bikini and beach body & created a furore with her black bikini in the movie Ladies vs Ricky Bahl. All eyes on Virat Kohli now. Amy Jackson can give any woman with a great figure a run for her money. She looks great in whatever she wear, especially when it’s in two pieces. Nora Fatehi has a great figure, being the amazing dancer that she is and when she puts on a bikini, the temperature gets soared up almost instantaneously. Disha frequents the beach quite a lot and even though we haven’t seen her bikini avatar on the big screen, you only need to take a look at her Instagram to find out more. Do I need to say more? Keep visiting Blog to Bollywood for more hot news and updates. 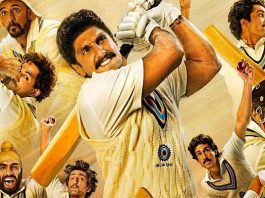