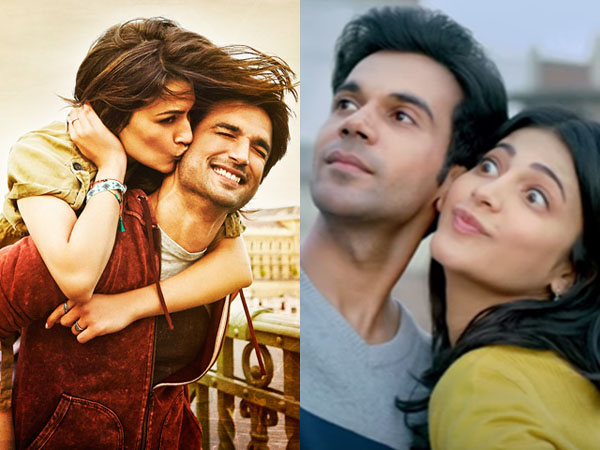 Poor time for Bollywood continues as two new releases of this week Raabta and Behen Hogi Teri failed terribely. The box office fate of both movies was sealed on the very first day when they got off to a terrible opening. Both of them failed to show sustainable growth over the weekend. In fact Raabta saw drop on Saturday and Sunday which clearly indicates that the movie has been rejected from the word go. Let’s have a look at the first weekend collection of Raabta and Behen Hogi Teri.

Sushant Singh Rajput and Kriti Sanon starrer Raabta was released with decent buzz but it failed to capitalize on it. It earned 5.61 crores on the first day. The start was decent but the film showed its true colour on Saturday when it drops by around 10%. On Saturday, the movie earned 5.11 crores.

On the last day of the first weekend, the movie was affected by India Vs South Africa cricket match. Even without a cricket match, it couldn’t have done much better. Raabta has been rejected by the critics and audience.

Made on a budget of around 50 crores, Raabta earned around 16 crores in the first weekend. The box office fate of the movie has been sealed and it is one of the biggest flops of 2017. It has joined the elite club of disaster movies like Rangoon and Rock On 2. Have a look at day-wise box office collection of Raabta:

Rajkummar Rao and Shruti Haasan starrer Behen Hogi Teri is a small budget movie made with in 15 crores. The expectations were not high but it has performed even way below than that. The movie was promoted well considering its budget but it seems that all costs goes in vain. Behen Hogi Teri managed to earn around 1.7 crores in the first weekend which is way below than expectations. Just like Raabta, it also emerged as huge disaster. Have a look at day-wise box office collection of Behen Hogi Teri:

Overall, it turned out another disappointed weekend for Bollywood and moviegoers. All eyes are now on Salman Khan’s Tubelight slated for release on 23 June 2017.