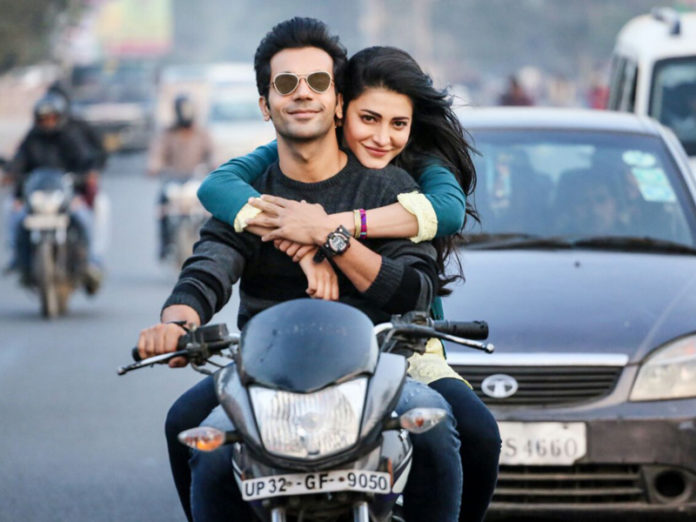 Rajkummar Rao and Shruti Haasan starrer Behen Hogi Teri is off to a below average start This was expected as the movie had no pre-release buzz. Released on 757 screens across the country, the movie registered around 18% occupancy on the first day. The opening is in the same range as another release of the week Raabta. (Read: Raabta first day collection)

Rajkummar Rao who has mostly worked in offbeat and dark movies is finally getting a chance to star as a solo actor in a commercial movie. He will take some time to get in the groove. The movie has been appreciated by the critics and audience. Rajkummar Rao’s performance has been loved by all.

Behen Hogi Teri is a small budget movie. The total budget of the movie is 15 crores including the promotional and advertising cost. Made in a budget of 15 crores, the movie needs to earn at least 25 crores to be called a hit at the box office. It is expected that it will recover around 8 crores through music, satellite and other rights.

As per early estimates, the first day collection of Behen Hogi Teri will be around 1.5 crores. This is a poor start. The biggest relief for the filmmakers is that the film has received good reviews. The audience has also appreciated the movie. There are good chances that it will witness good growth in the coming days. Behen Hogi Teri is one such movie which could be a dark horse in a long run.