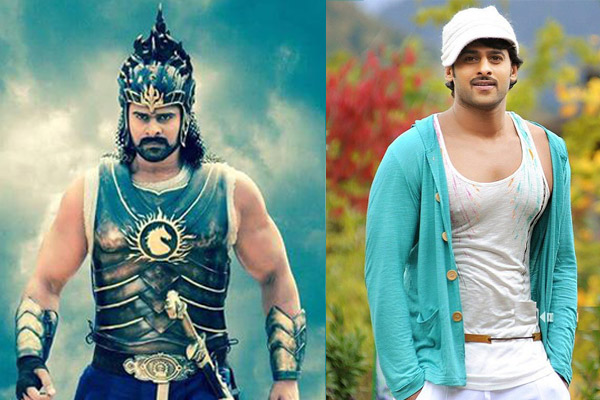 While Bahubali: The Conclusion is rocking the big screens, Prabhas is winning hearts all over. If you are not in love with him already, you need to check out these 10 lesser known but must-know facts about Prabhas-

Prabhas looks quite young and fit but you would find it rather hard to believe that this man made his acting debut almost 15 years ago. His first film was Eshwar which released in the year 2002.

When Prabhas signed Bahubali, he knew what he was in for and he was ready to give his 100 percent to the movie. Even though he had three consecutive hits before Bahubali, he refused to sign any new script until the completion of Bahubali. He worked harder than you can imagine, on his acting as well as on his body and we can all see the result today.

3. He faced money issues during these five years

While shooting for Bahubali was everything for him, he also started facing cash crunch at this time because he was not signing any new films. Producers and filmmakers were dying to sign him and were ready to offer him money without expecting anything in return. But Prabhas did not accept any offer. He even rejected an advertisement offer worth 10 crores.

4. Trained by the best

There is no doubt about Prabhas’ dedication about Bahubali and here’s one more fact that will prove it. He was trained by none other than Mr. World of the year 2010 Lakshman Reddy for the movie itself. Prabhas shot for more than 600 days for both the parts of Bahubali and he went from 87 kilos from 82 kilos for the role of Shiva and later on, he reached the mark of 105 kilos for Mahendra Baahubali’s character.

The makers of Bahubali gifted Prabhas gym and fitness equipment worth 1.5 crores and Prabhas put them all to good use by building an amazing physique apt for portraying the role of the amazing Bahubali.

Prabhas is probably one of the biggest fans of filmmaker Rajkumar Hirani. When Munnabhai MBBS and 3 Idiots released on the big screen. he watched both the movies for 20 times in a row. Wouldn’t you love to see the two of them working together some day? He is also a big fan of Hollywood star Robert De Niro.

Prabhas holds the record for being the first ever South Indian actor that has a wax statue at the world famous Madame Tussauds museum.

Prabhas is a total sweetheart and he broke the hearts of millions of his female fans when the news of him having an arranged marriage came out. But he was too busy with Bahubali to get married. In the meantime, he received around 6000 marriage proposals.

9. Nature lover and an avid reader

Prabhas loves to read and he is also a nature-lover. He does not like to cage birds and has a garden where all the birds live cage-free. Plus, he has a personal library where he likes to spend his extra time. Dream man isn’t he?

10. One of the most down-to-earth star

Prabhas is one of the biggest stars of Telugu cinema and yet he is very down-to-earth even after seeing all this success. All his co-stars agree that he is very humble and caring towards them. Even when he does charity work, he never likes to talk about it much.

Aren’t all these facts about Prabhas truly amazing? Share your views with us in the comments section.

Prabhas’ Radhe Shyam To Release On This Date? Check Details