KGF Chapter 1 is the most-streamed movie across all streaming platforms in India in the past two weeks due to the hype around the success of KGF Chapter 2.

While KGF Chapter 2 is smashing box office records, its prequel KGF Chapter 1 is the most-streamed movie across all streaming platforms in India in the past two weeks. Well, this comes as no surprise as the fans rewatched the prequels before watching KGF 2 which debuted in cinemas on April 14.

KGF Chapter 1 is streaming on Amazon Prime Video. Its sequel KGF Chapter 2 will also make its digital debut on Prime Video. The digital release date of KGF 2 hasn’t been announced yet but we expect it to be sometime in June.

Surprisingly, director Prashanth Neel’s first movie Ugramm has also seen a sharp increase in popularity and ranks 9th among the movies most streamed in India. 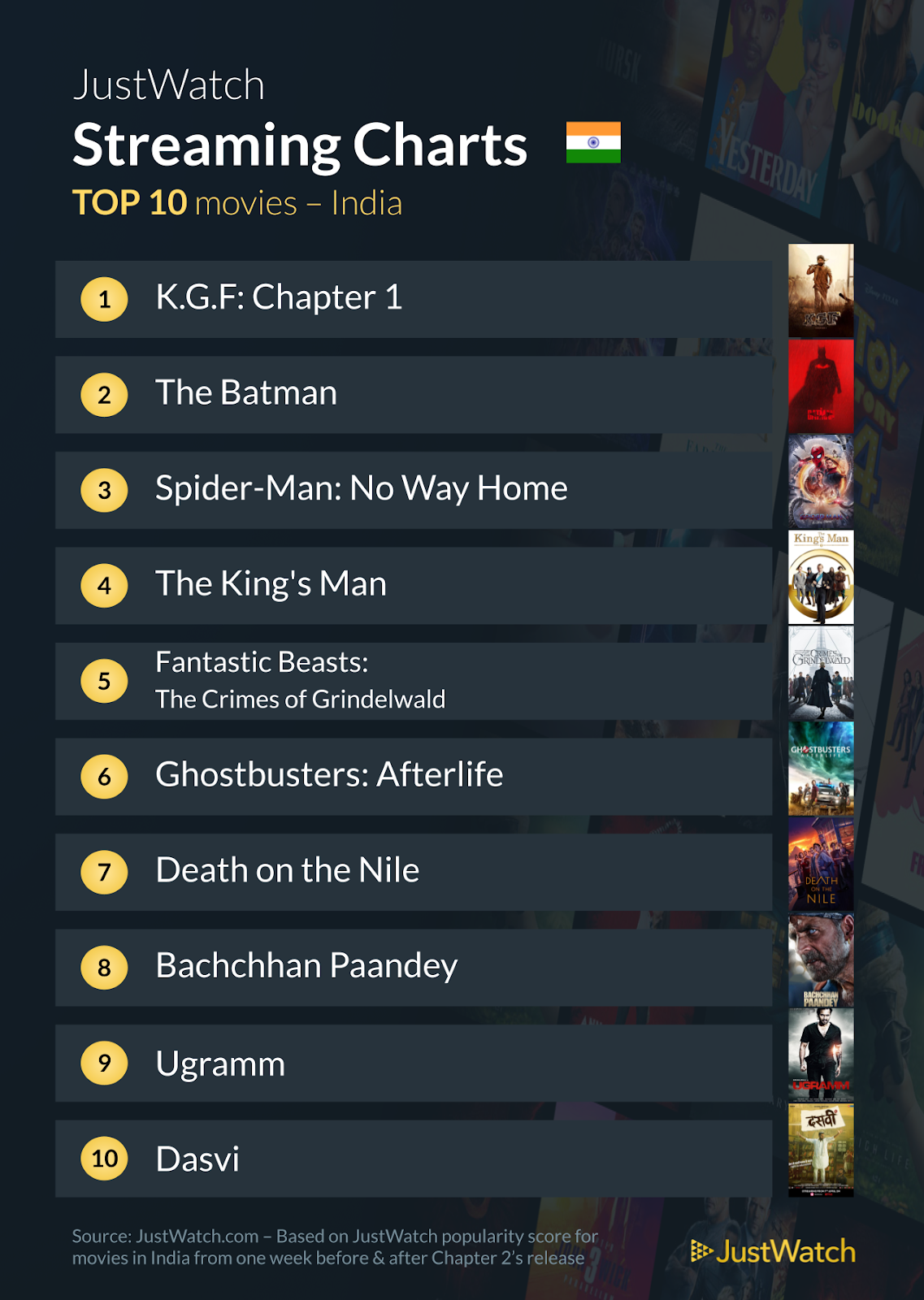 Ugramm is a Kannada action-thriller movie released in 2014. It is streaming on Voot. The Hindi dubbed version of Ugramm which goes by the name Main Hoon Fighter Baadshah is streaming on ZEE5.

You would be surprised to know that Prashanth Neel has directed only three movies and all of them are in limelight thanks to the grand success of KGF Chapter 2.

Meanwhile, KGF Chapter 2 has grossed Rs 800 Crore worldwide. It is still going strong and is expected to gross Rs 1000 Crore by the end of the second week.

KGF Chapter 2 OTT Release Date: When & Where to Watch?