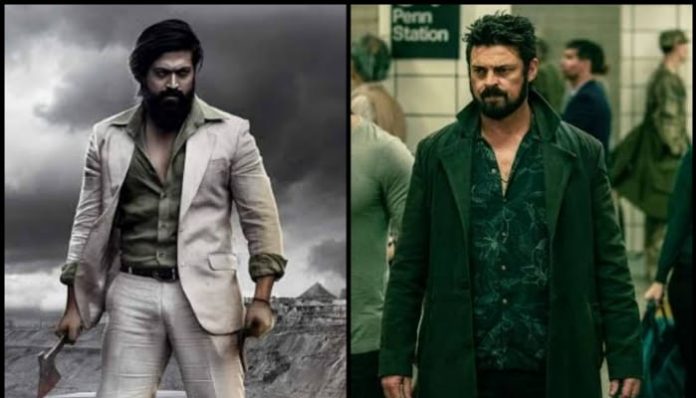 June is going to be an exciting month for movies and web series lovers. A load of exciting content is coming up on OTT this week. In fact, a big chunk of movies and shows are releasing on the first Friday i.e. June 3, 2022. KGF Chapter 2 will finally make its digital premiere on June 3. The two other big releases of the day are Aashram Season 3 and The Boys Season 3. Let’s have a look at movies and shows releasing on OTT on June 3, 2022.

The third season of Prime Video’s popular R-rated superhero show, The Boys, will land on the platform on June 3. Early reviews are out and they suggest that this is the most spine-chilling, funniest, and dark season of the live-action series yet.

You won’t be able to watch all 8 episodes in a single go. Out of 8 new episodes, three will be out on the premiere date. A new episode will air weekly afterward.

The third season of MX Player’s popular drama series Aashram is also releasing on June 3. Directed by Prakash Jha, the show revolves around a preacher Baba Nirala (Bobby Deol), whose followers trust him blindly and can do anything for him. But in reality, Baba Nirala is a conman turned godman. He exploits women, indulged in various illegal activities including the drug trade, and also controls the politics of the town.

Nirala baba is at peak of social and political power and leaves no stones unturned to bend the law. Will he be down this season?

After shattering box office records, Yash starrer KGF Chapter 2 is finally making its digital debut on Amazon Prime Video on Jun 3, 2022. The movie was made available for early access from May 18, 2022, on a rental basis.

KGF: Chapter 2 is directed by Prashanth Neel and produced by Vijay Kiragandur under Hombale Films. Starring Yash, Sanjay Dutt, Raveena Tandon, and Srinidhi Shetty, it is a sequel to the 2018 movie KGF Chapter 1.

As depicted in the trailer, Season 2 will bring more obstacles for Sheila. She will face new rivals ready to bring her down. Her mental toughness will be at stake as indulges more in business. This will bring pain and regret.

Jungle Cry is based on the true story of a few deprived tribal boys who try their luck at the International Junior Rugby Tournament. It stars Abhay Deol, Stewart Wright, and Atul Kumar, among others.

Here’s a quick recap of movies and shows releasing on OTT on June 3, 2022.

KGF Chapter 2, Aashram 3, or The Boys Season 3, which release are you excited about? Let us know in the comments section.