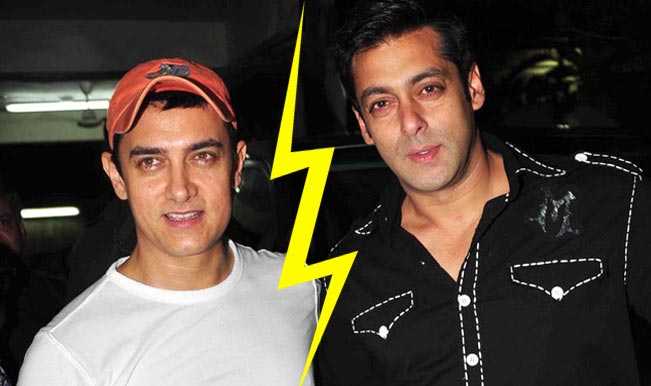 All is not well between Salman Khan and Aamir Khan!!! We all know that there was a sense of tension in Aamir-Salman friendship, as their upcoming movies Dangal and Sultan have similar plot and involve wrestling. It seems that the tension has reached a whole new level and the two had a big fight last month at a party hosted by Aamir Khan. Sources say that the showdown between the two happened last month just before ‘Dangal‘ went on floors and Salman started the preparations for ‘Sultan’.

Aamir Khan is known for making harsh comments and this is said to be the reason behind their fall out. It is being said that Aamir took dig at Salman’s film choices and mentioned that he didn’t work hard for his role.

Watch this report by our content partner Lehren for the complete story.