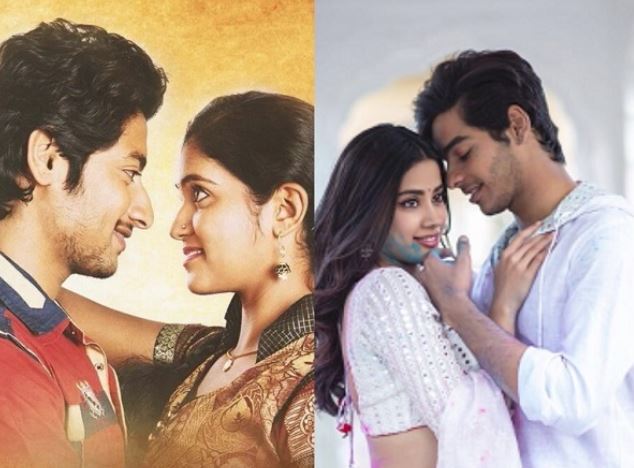 With the presence of Kapoor family, trailer of Dhadak was launched in an event in Mumbai.

Dhadak will mark the debut of Ishan Khattar and Janhvi Kapoor and everyone is interested to see whether they will do justice to their respective roles.

Nagraj Manjule who is director of Sairat was unhappy about its remake and when Karan Johar asked him to support Shashank Khaitan to direct the film, N Manjule denied the same. However Twitter users trolled Dhadak by saying that makers failed to match the level of Sairat.

Shashank Khaitan who is director of Dhadak also directed some cult classics and commercially successful films like Badrinath Ki Dulhania and Humpty Sharma ki Dulhania. So it is expected that film will have a good run at box-office. Other than film, interesting part of Dhadak will be its songs. Hindi version of ‘Zingaat’ will be singed by Ajay-Atul. With talented singing duo of Ajay-Atul in a board, we simply can’t wait for Dhadak album. Story of Dhadak is based on casteism which is still the worst part of society and still happens in some villages. It will be interesting to see the whole starcast of Dhadak on big screen.

Sairat which was released on very limited 500 screens (approx.) in Maharashtra collected more than 100 Cr. on box-office which is no less than an achievement and all thanks to its content and songs. Other than that, Sairat was screened in Berlin film festival and Sairat actress Rinku Rajguru won National award for her performance.

Watch the trailer of ‘Dhadak’ here.

Rate the trailer of ‘Dhadak’ out of scale of 10.