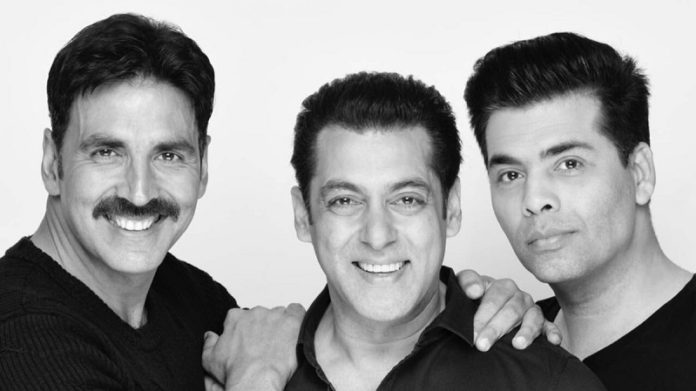 After their plans of making a film on Battle of Saragarhi failed, they have decided to work together on a sports film.

Akshay Kumar, Salman Khan and Karan Johar planned to make a historical drama film on Battle Of Sargarhi. A few days ago, some reports suggested that the film has been titled Kesar. Well, the ultimate truth is that the movie hasn’t kicked off yet. It seems that the makers have changed their mind.

Well, the dream team has now decided to go ahead with another project. As per the report in Deccan Chronicle, “Akshay, Salman and Karan felt that a historical project may not be the right vehicle for the coming together of the trio. They will now do another film altogether, most probably a sports biopic which would star  Akshay, while Karan and Salman will co-produce the film, again as planned.”

It is also been said that the film won’t be about sports or hockey. Well, the considering the busy schedule and lineup of Akshay Kumar’s upcoming movies, we don’t feel that this film will go on floors anytime soon. Let’s wait and watch.

Akshay is currently busy with his show ‘The Great Indian Laughter Challenge’. The show will go on air on 30 Sep 2017 and Akshay Kumar will be seen as the main judge. The actor has around 5 to 6 confirmed movies to be released in next 48 months.