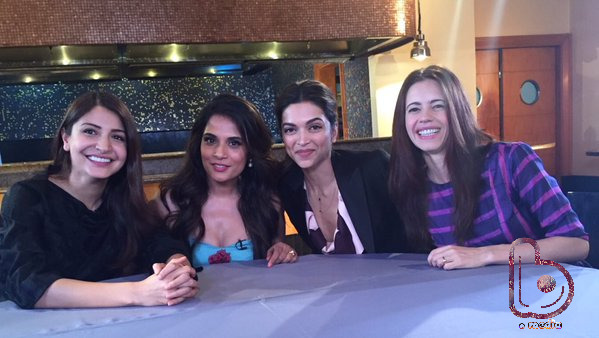 After convincing Amitabh Bachchan for the EPIC Bajirao Mastani Dubsmash, Ranveer got his Band Baaja Baaraat co-star Anushka Sharma to do the same. But they did it a much much cooler way!

This happened when Anushka was attending Rajeev Masand‘s The Actresses Roundtable.  Deepika Padukone, Richa Chadha and Kalki Koechlin were also present at the event.

Check out the Dubsmash here-

So it’s officially the season of Bajirao Mastani Dubsmashes. Many more to come!