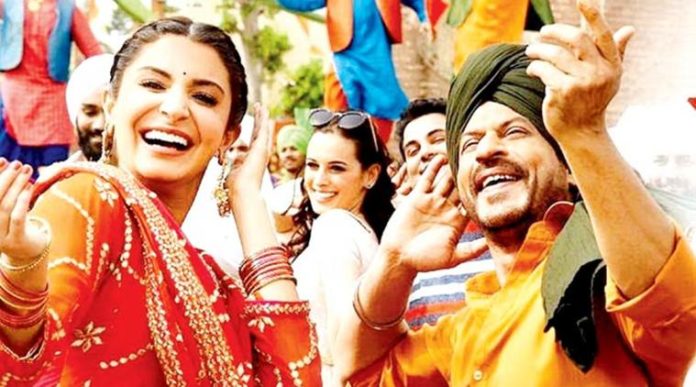 The wait is over and the trailer of the most awaited romantic movie Jab Harry Met Sejal is finally out. A 3-minute long trailer reveals the whole plot of the movie.

The movie stars Shah Rukh Khan as tour guide Harinder Singh Nehra who is lost in his own life. Anushka Sharma is playing Sejal, a Gujrati tourist who is in search of her engagement ring. How Harry met Sejal and how they fall in love with each other is the crux of the story. Check out the trailer right here:

The plot of the movie sounds similar to many precious movies but what win our hearts is SRK and Anushka’s breezing romance and confort level with each other. A 3-minute trailer gives you enough reasons to love it. Here’s are few reasons we loved the trailer and are super excited for the movie:

Overall, Jab Harry Met Sejal trailer comes as a breath of fresh air. After watching the trailer, I can only say one thing. The King of romance is back with a bang and the movie is a next potential blockbuster. We are going with 4 out of 5 stars for the trailer of Imtiaz Ali’s next.

What are your views on Jab Harry Met Sejal trailer? Share your thoughts with us in the comments section.