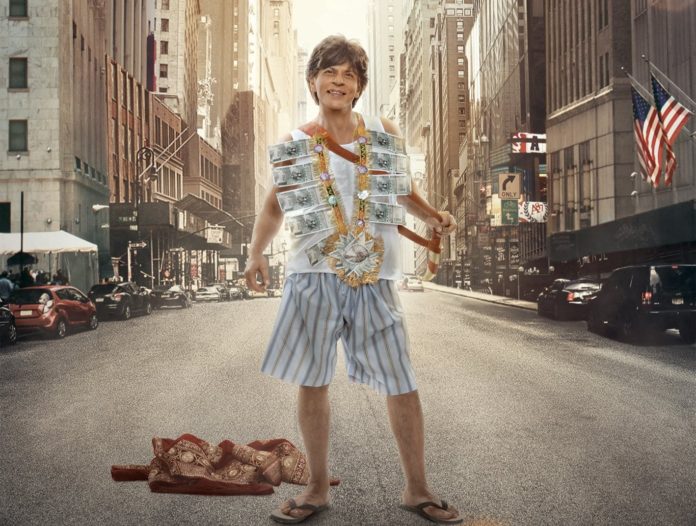 “It was another filmy friday and another well-made yet different film ‘Zero’ released today. It received positive response from audience.”

Plot : Just like other Aanand L Rai films, Zero is perfect desi entertainer as first half is full of hilarious scenes. Story is set up in Meerut where 38-year-old Bauaa Singh is looking for perfect bride. However he has crush on Babita Kumari and dreams to date and even marry her. But he meets Aafia with the help of marriage alliance officer and bonding of Aafia and Bauaa gets stronger which eventually ends up into love but then in one of the event of Babita Kumari (Superstar) , he gets kiss from her and also a pass to meet her in a success party of her film which makes him to ditch Aafia and left her heart-broken. But then drama starts up with second half where Bauaa Singh comes to know that he does it wrong by ditching Aafia and goes to meet her and to convince her for marriage. To know about second half and climax which blown me, watch the film in your nearest theatres.

(1)  Bauaa Singh’s role was full with wit, humor and charm which made audience to laugh. There are some hilarious scenes in second half too. But first half has some top-notch entertainment.

(2)  Chemistry of Bauaa Singh and Aafia Yusufzai Bhinder is too quite too handle. They are perfect match for each other. They even create some hilarious scenes together.

(3)  Powerful performance from starcast. Shahrukh Khan was as usual too good in his role. You will even fill that he is underrated actor in comedy genre. Anushka Sharma did her tough role with ease. Even there was some emotional scenes with her character. Katrina Kaif was good in her role.

(1) Film gets slower at some stage where you’ll feel cameos of other stars are unnecessary.

(2) Actor like Tigmanshu Dhulia should have been used for emotional scenes apart from entertaining scenes.

But overall, this film is must watch.

Himanshu Sharma and Aanand L Rai ends up delivering a good entertainer in real terms. Music is plus point of film. Mohd. Zeeshan Ayyub is talented actor and will go long way in Bollywood. Tigmanshu Dhuliya, Brijendra Kala are perfect to their roles. Second half is more inclined towards emotional scenes. It has mixture of both entertainment and emotions.

To sum up the things, Zero is perfect entertainer which you shouldn’t miss this Christmas.

Do tell us your views on Zero in comment box.