Yellowstone Season 5: Here’s everything you need to know about the fifth season of Taylor Sheridan’s ranch drama Yellowstone.

Yellowstone Season 4 Episode 10 aired on Paramount Network On Jan 2, 2022. Since then the fans have been waiting for an official update on the future of the series. Though the fans were assured that the series would return for more seasons, they have been waiting for an official announcement. Will there be Yellowstone Season 5? When will it premiere on Paramount? Who are the cast members returning for the fifth season? Fans have a plethora of questions about the fifth season. Here’s everything you need to know about Yellowstone Season 5.

Yes, it’s happening and we aren’t surprised at all. In 2021, Yellowstone was one of the most-watched cable shows, with more than 10.3 million viewers tuning in for the season four finale.

Paramount Network has officially renewed Yellowstone for the fifth season. Another big news for fans is that Yellowstone Universe is expanding with several spin-offs and prequel series.

After a prequel ‘1883’ that debuted in Dec 2021, a spin-off series ‘6666’ is also in the works. The network has also announced a new prequel series ‘1923’ that will introduce another Dutton generation. This time during the Great Depression and Prohibition.

Which cast members are returning for Season 5?

In a virtual happy hour with Hall Wines, the show’s leading star Cole Hauser said that preparations for a fifth season are in full swing. He also said:

“For us as actors—and I think I can speak for everybody, even including Kevin, Kelly Reilly, Wes Bentley, Luke Grimes, Gil Birmingham—you know, everybody is a part of it,” he said. “We come together. This is now going into our fifth year, so we come together as a family.”

This almost clarifies that almost all the pivotal cast members will be back for Yellowstone Season 5. We may also witness some new faces, however, nothing is official now.

Is there a release date for Yellowstone Season 5?

It was recently announced that Yellowstone season 5 will premiere on Paramount on Sunday, November 13, 2022.

How many episodes will there be in season five?

Unlike the previous seasons, Season 5 will consist of 14 episodes, split into two parts of seven episodes each. It is still not clear how long the gap in release dates of these two parts will be.

When season 4 ended, the ranch had survived an attack planned by Jamie’s biological father, Garrett Randall (Will Patton). Beth married Rip Wheeler (Hauser). Jamie, meanwhile, killed Garrett, which Beth plans to use as blackmail in the future.

It’s difficult to predict what lies ahead. Even the cast members are unaware of what will happen next. The cast has said they don’t know what’s going to happen until they get the scripts However, Reilly who plays Beth thinks her character is planning revenge in season 5.

“Beth has decided she cannot rest until she gets justice,” the actress said in a promotional video for the show. “She wants blood. It’s really kind of intense.”

Get ready for a Yellowstone spin-off and a prequel series

You would be happy to know that the show’s creator Taylor Sheridan is expanding Yellowstone Universe with a prequel and a spin-off series. A prequel series, titled 1883 and starring Sam Elliott and Tim McGraw debuted on Dec 19, 2021, on Paramount Plus.

A spinoff titled 6666 is also in the works. It is about the Four Sixes Ranch in Texas. We were introduced to this location in Yellowstone Season 4 when John Dutton (Costner) sent Jimmy Hurdstrom (Jefferson White) there to become a cowboy. 6666 does not have an official release date, but it will also stream on Paramount Plus.

Yellowstone Season 5 Part 1 will introduce Sheridan’s Sylvester Stallone project The Tulsa King and Part 2 will give way to the second Yellowstone prequel 1923.

All four seasons of Yellowstone are now available to stream on Peacock Premium. Season 1 of its prequel 1883 is streaming on Paramount+. 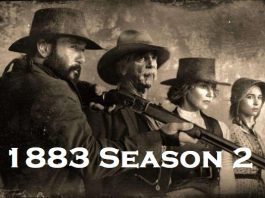 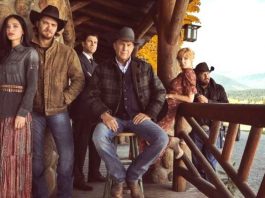 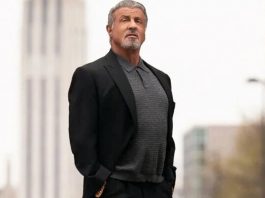 Tulsa King: Release Date, Cast & Everything We Know About Paramount+...