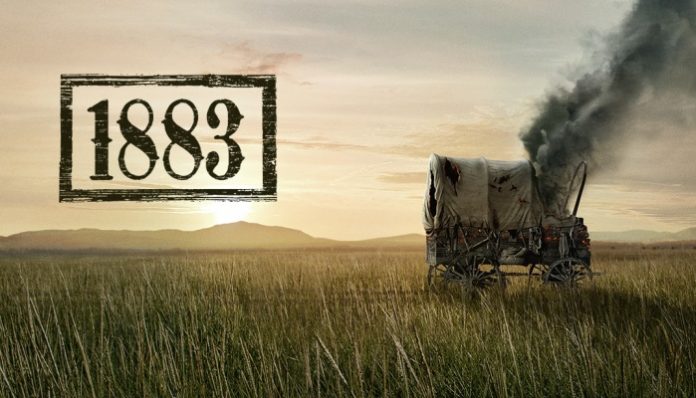 So, the popular Yellowstone franchise has expended with a prequel series ‘1883’. Debuted on Dec 29, 2021, Dutton’s origin drama received much love and appreciation from viewers and critics. So, how to watch the Yellowstone prequel 1883? What streaming options are available for 1883?

Where to stream the Yellowstone prequel? How to watch 1883 Live?

Yellowstone prequel is not available to stream on other streaming services like Netflix, Hulu, or Amazon Prime Video. In fact, it won’t stream on Peacock, which is streaming home for Yellowstone since its debut.

However, we are expecting 1883 to get available for rent or buy on Amazon, Google Play, and iTunes.

The new Paramount+ series, a prequel to Yellowstone follows the Dutton family before they founded their Montana cattle ranch.

As per the official synopsis, “1883 follows the Dutton family as they embark on a journey west through the Great Plains toward the last bastion of untamed America. It is a stark retelling of Western expansion, and an intense study of one family fleeing poverty to seek a better future in America’s promised land — Montana.”

Yellowstone Season 5 Release Date, Cast, Plot, and Everything We Know