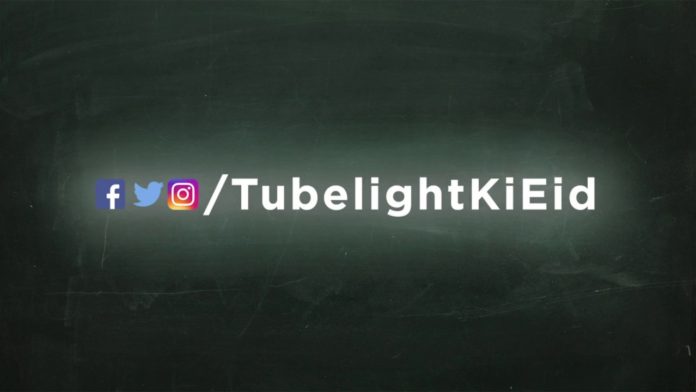 Tubelight Teaser: The teaser of Salman Khan’s this year Eid release Tubelight is out. The movie is set for release on 23 June 2017.

Tubelight is unarguably the most awaited Bollywood movie of the year. Starring Salman Khan and Chinese actress Zhu Zhu, the movie is slated for release on Eid. With around 2 months left for the film’s releases, director Kabir Khan just gave us a sneak peek of the film. The teaser of Tubelight is out and has got us super excited for the movie.

The teaser has no visuals, it is just the title of the film lighting up slowly – just like actual Tubelight. What gets us more excited in the chorus by the kids as the background music. Th teaser gives clear indication that children will be an integral part of this Salman Khan’s film. The teaser actually manages to raise the curiosity around the film’s title.

Tubelight marks the third collaboration between Salman and Kabir. They have earlier delivered blockbusters like Ek Tha Tiger and Bajrangi Bhaijaan. The expectations are huge from Tubelight and it would be interesting to see if the two be able to recreate the same again.

Produced by Salman Khan films, the movie also stars Sohail Khan and Om Puri. It will hit the big screens on 23 June 2017.