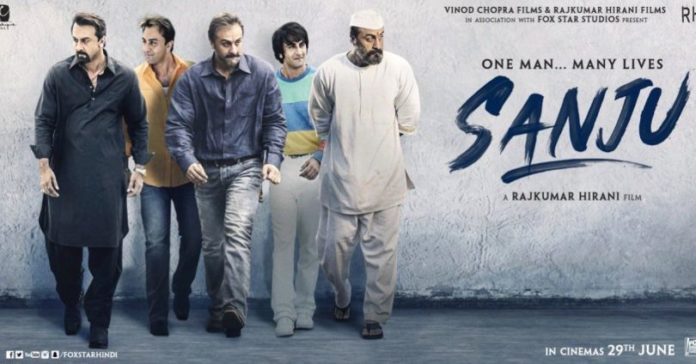 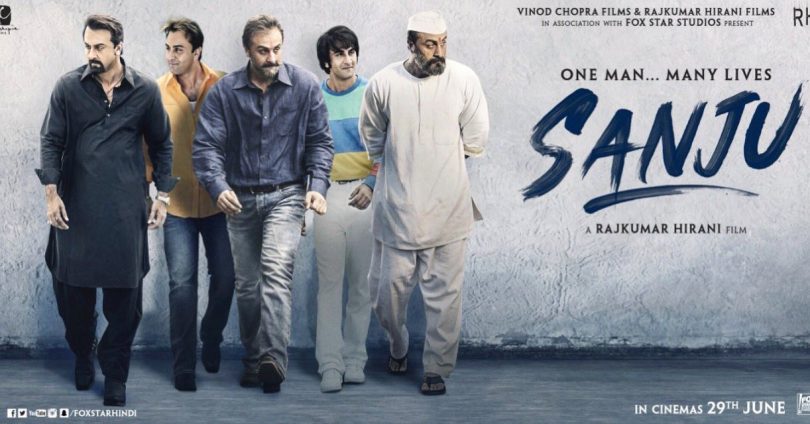 Finally the teaser of much awaited film “Sanju” has been released and one man… many lives is the tagline of the teaser. This Film is based on the biopic of Bollywood’s Original bad boy Sanjay dutt and actor Ranbir Kapoor playing the lead role as Sanju in the film. Needless to say that Ranbir Kapoor nailed his character and look like the mirror image of Sanjay Dutt.

In the teaser he proved that why people called him very talented and experimental actor of bollywood. His last film Jagga Jasoos which also features Katrina Kaif did not perform well in the box office but now Sanju will bring his audience back and will take his stardom to the another level. director Rajkumar Hirani is the brilliant mind behind this biopic and super success films like Munna bhai series, 3 idiots and Pk.

In the starting of the teaser Ranbir go out from the Jail and just look like Sanjay Dutt and as a energetic person. We don’t recognise him that he is Ranbir or Sanjay Dutt.
This transformation from the young boy to the 50 years old man is something that we want and Ranbir Kapoor fullfill our expectation.

It will also features Manish Koirala, Sonam Kapoor, Anushka Sharma, and Paresh Rawal in the Pivot Role. Paresh rawal will play the role of Sunil Dutt.

when Rajkumar Hirani was announced that they will feature Ranbir Kapoor for the Dutt biopic than many actors and also Sanjay Dutt not satisfied with Rajkumar hirani for cast Ranbir Kapoor in the film but when people and Sanjay dutt see the transformation of Ranbir everybody is shocked and agree with his charm, talent and acting.