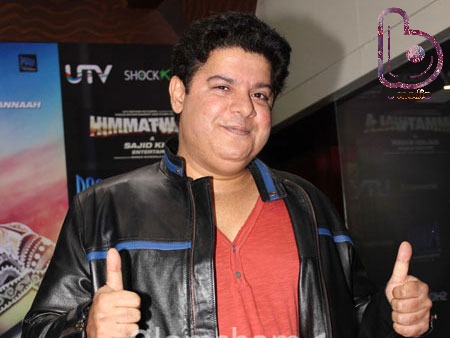 Sajid Khan has announced that his next project will the official Hindi remake of Korean romantic comedy “My Girlfriend Is an Agent”!

The Korean film ‘My Girlfriend Is an Agent’ was the story of two agents who are dating and also working behind each other’s backs as spies stop a Russian crime group from stealing a chemical weapon.

Sajid Khan informed that he has got three writers to pen the story of the remake, one of them is Hussain Dalal, who wrote the story of Yeh Jawaani Hai Deewani and 2 States. He further said that, “The biggest difficulty in film industry today is not that of getting dates, actors or finance, but writers. We don’t get writers. They are like heart surgeons with whom you need to meet after fixing an appointment. You’ve to stratergise your life according to writers.”

Sajid Khan’s last two films Himmatwala and Humshakals did not do so well at the box-office. Will this be his redemption?

So far, no further details about the movie have been revealed. But we will keep you updated!

What do you have to say about the remake?