From star cast to release date to box office prediction, here is everything you need to know about Salman Khan’s Race 3.

Race 3 is an upcoming Bollywood action thriller film which features Salman Khan and Jacqueline Fernandez. The film is directed by Remo D’souza and produced by Ramesh S Taurni. It is the sequel to Race 2 and third installment of famous Race franchise. 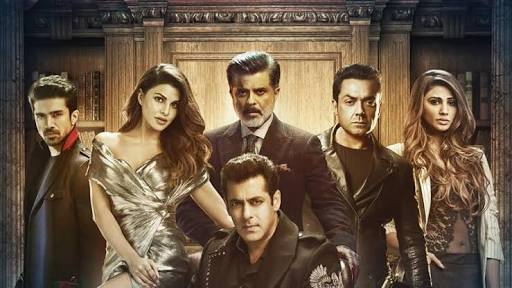 The makers of Race 3 have done many big changes in the film. They have replaced Saif Ali Khan who delivered stunning performances in the last two installments. In August 2017, Salman Khan joined the unit as the male lead of the film. He will play the role of Sikander. Jacqueline Fernandez is the lead actress in the film.

Salman Khan and Eid goes hand in hand. For the last 10 years expect 2013 Salman has been releasing his movies on Eid. This release date has been lucky for Salman. Salman is going with the trend. Race 3 is releasing on Eid 2018. The release date of the film has been confirmed and it is 15 June 2018.

Salman Khan introduce himself as a selfless ‘Sikander’ and he seems all set for this race. The filmmakers have released the individual posters of the star cast. The stars are looking stylish but I have a feeling that Saif Ali Khan’s swag is certainly missing here.

The official teaser & trailer of the film will be released soon.

Race 3 is certainly one of the hottest film of the year. But with just one month left for its release, the buzz surrounding it is definitely as good as we expect from a Salman Khan’s Eid release.

An Eid release and Salman Khan’s presence will assure that the movie will get a huge opening at the box office. Box Office can be a unpredictable at times. Last year, we saw the downfall of Salman Khan’s Tubelight.

Race 3 looks more a commercial film and if accepted by audience then it will definitely cross 300 crores in India. In case, the movie fails to attract the audience then the lifetime collection will be around 200 crores. A 35+ crores opening is certainly on cards. The picture will get clearer only after the release of teaser and trailer.

I’m eagerly waiting for Salman Khan’s Race 3. What about you? Share your opinion about the Race 3 in the comments section.