Priyanka Chopra as we all know is one of the most famous Bollywood actresses today. Winner of four Filmfare and one national award, PeeCee has always entertained and enthralled us with her mind-blowing performances on big screen.

Apart from Bollywood projects, the actress is busy with American TV series ‘Quantico‘. 2017 will be the crucial year for Priyanka as she is all set to make her Hollywood debut with ‘Baywatch‘. Let’s have a detailed look at Priyanka Chopra upcoming movies to be released in 2017.

Priyanka hasn’t signed any Bollywood movie after Jai Gangaajal as she is busy with her Hollywood projects. There are reports that she has been signed by Sanjay Leela Bhansali for a movie opposite Shah Rukh Khan but no official announcement has been made.

Are your waiting for Priyanka Chopra’s upcoming movies? Comment down your thoughts and stay tuned for more updates.

You may also like: Upcoming movies of other Bollywood stars 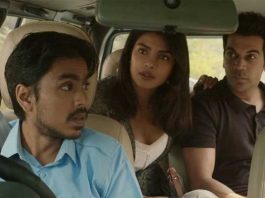