Legacies season 4 episode 7 release date: The fantasy drama is on a small hiatus and will be back on The CW with a new episode on this date.

The CW fantasy drama Legacies returned to the network with its fourth season on Oct 14, 2021. The first four episodes of Legacies Season 4 were originally the final episodes of the third season. However, the previous season was cut short. That’s why Legacies season 4, episode 4, “See You on the Other Side” appeared like a season finale – which, of course, it originally was. After that episode, a new series of events has got the viewers excited and they are asking for more.

Episode 6 of Legacies Season 4 titled “You’re a Long Way from Home” aired on Nov 18, 2021. Fans turned up to the TV to watch Episode 7 on Nov 25, we’re in for a setback. There was no episode. Well, the show is on a small break. Here’s everything you need to know about Legacies Season 4 Episode 7.

Due to Thanksgiving Day, there was no new episode of Legacies Season 4 on Nov 25, 2021. Well, there is no need to worry for fans as they won’t have to wait long.

Episode 7 of Legacies Season 4, titled “Someplace Far Away from All This Violence”, will arrive on The CW on Thursday, Dec 2, 2021. It will air on its usual time slot of 9/8c.

What to expect from Legacies Season 4 Episode 7?

Episode 7 titled “Someplace Far Away from All This Violence” is directed by Barbara Brown and written by Jose Molina & Hannah Rosner. The official trailer synopsis reads,

The Super Squad continues to work on helping Hope (Danielle Rose Russell), much to her dismay. MG (Quincy Fouse) makes a last-ditch effort at helping the Super Squad, but things do not go as he had planned. Meanwhile, Lizzie (Jenny Boyd) searches for answers as Josie (Kaylee Bryant) goes to extreme measures.

‘Legacies’ is The CW exclusive show in the United States. Legacies Season 4 episodes usually air on Thursday nights at 9:00 p.m. ET. If you want to watch Legacies Season 4 Episode 7, you can tune in to The CW network at 9:00 pm ET on Dec 2, 2021.

You can also watch the new episodes on The CW’s official website or the mobile app by logging in through your existing cable subscription. The new episodes will be available to stream on live TV streaming services such as Xfinity, DirecTV, Fubo TV, Youtube TV, Hulu Live TV, and Apple TV. You may also opt to purchase the latest episodes on VOD platforms such as Amazon Prime, Google Play, iTunes, and Microsoft Store.

In India, the viewers can watch the new episodes of Legacies on Amazon Prime Video. 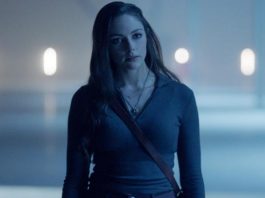 Legacies Season 4 Episode 10 Delayed, Here’s When It Will Release... 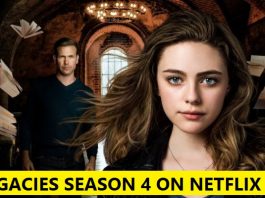 Legacies Season 4 Netflix Release Date: When Will Season 4 Be... 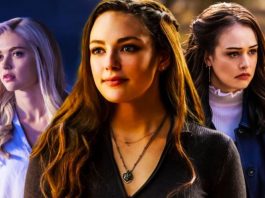