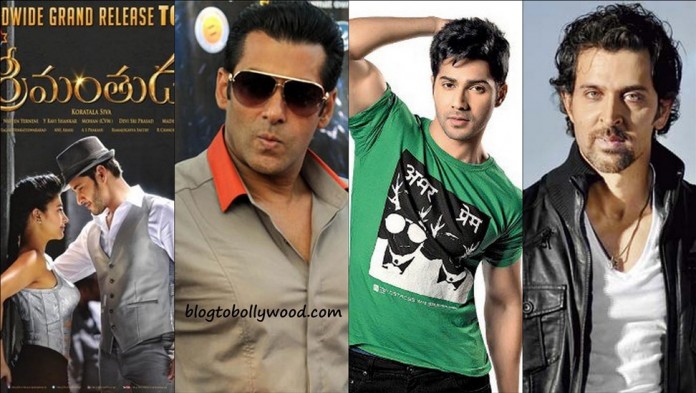 Bollywood remake of one more Telugu blockbuster is on the cards. We are talking about Hindi remake of Mahesh Babu’s ‘Srimanthudu‘ which was released on 7 Aug 2015 and set the worldwide Box Office on fire. The movie grossed 200 crores worldwide to become the second highest worldwide Telugu grosser after Baahubali.

Now, the Bollywood remake of the movie is on cards and three big actors – Salman Khan, Hrithik Roshan and Varun Dhawan are in the race for the lead role. As per the reports coming up, director Koratala Siva has the Hindi remake rights and he wants to direct the movie in the Hindi as well. Right now there are three different producers wanting to make the film with Hrithik Roshan, Salman Khan and Varun Dhawan respectively.”

‘Srimanthudu‘ in itself was a very big movie. The movie was made on a big budget of around 55 crores. The Bollywood remake of the movie will be bigger than the original and it would be interesting to see who will step into the shoes of Mahesh Babu.