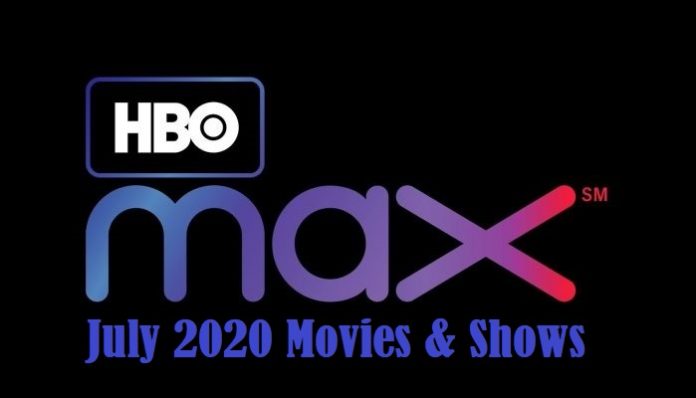 We are back with listing the monthly releases on Home Box Office. This July we see an exciting array of movies and shows waiting to be released. Here are all the movies and shows releasing on HBO and HBO Max in July 2020 along with their official release dates.

Starring Emilia Clarke, Henry Golding and Emma Thompson in lead roles, Last Christmas is a romantic comedy written by academy award winner Emma Thompson and directed by Paul Feig whose movie Bridesmaids was a blockbuster. The movie also features soundtrack by the legendary George Michael. The story follows a young woman Kate who wants to be a singer but ends up working in a Christmas store. She meets Tom and from thereon, her life ridden with misadventures takes a turn. The film walks us through her life suffused with comical and satirical episodes. July 11 is the official release date of the movie on HBO.

This movie explores the true story of Harriet Tubman, the abolitionist whose heroic deeds liberated hundreds of slaves from slavery. This biographical drama portrays the fierce and courageous Harriet’s dangerous missions through the American planes. Cynthia Erivo plays Harriet Tubman, alongside Janelle Monae, Joe Alwyn and Leslie Odom Jr. After she makes a 100 miles away from her master she goes back to save her family and this builds her cause that is to abolish slavery and free the African race. The film produces a thrilling experience for the modern viewer with its 1800s setting and a cat and mouse game that depicts one of the greatest race wars in history. It releases on July 18 on HBO.

Edward Norton’s dream project of 20 years, Motherless Brooklyn talks of a detective Lionel with Tourette Syndrome whose messed-up life due to his condition is made better with the entry of Frank. Frank is then murdered and Lionel finds new purpose in his career as he investigates the death of his mentor and unravels dark secrets of the city. The personal life of Lionel is dwelt upon parallel to his investigation. The movie stars Edward Norton in the lead role, with Bruce Willis, Alec Baldwin, Gugu Mbatha-Raw, Willem Dafoe and Bobby Cannavale. The film is based on Jonathan Lethem’s 1999 novel of the same name. On 25th July, the movie will have its first premiere.

This is a documentary series that provides an insight into the life of child-actors who worked in the Hollywood industry. The documentary is directed by former child-actor Alex Winter known for starring in the Bill and Ted movie franchise. It showcases interviews with real-life successful actors like Milla Jovovich, Jada Pinkett-Smith and Evan Rachel Wood who have formerly been child artists. All is not bliss and glamour in the lives of young artists and the documentary precisely communicates this through an unfiltered interview session with actors and footages of their early years in the industry. The show is set to premiere on July 14.

Created by the Duplass Brothers, Room 104 is an anthology series that premiered in 2017 and has been widely-acclaimed since then. The series shall see its final season on July 24 on HBO Max. The episodes narrate different tales of individuals who check into room 104 of an American Hotel. There is no fixed genre which makes it an even more interesting watch. The final season is been eagerly waited for. Dave Bautista features in an episode of Room 104. Watch the trailer to the 4th season below!

Stockton on my Mind

On July 28, HBO shall release this documentary, following the life of the first African-American and the youngest mayor of California’s Stockton, the documentary explores the ups and downs of Michael Tubbs. He was only 26 when he was elected mayor in 2016. His life journey that includes a plan to raise the country to development is showcased in the documentary series where Tubbs is personally featured. His life ridden with poverty and violence is transformed for the better and this becomes the outline of his story.

The Weight of Gold

This is a documentary series that seeks to bring to light the mental health issues faced by sportspeople surrounding their career and performance. The real-life struggles of sportspeople like Michael Phelps, Sasha Cohen, Shaun White, Jeremy Bloom and many others are recorded for this purpose. The documentary series aims to normalize discussions around mental health and garner support for people undergoing emotional struggles. July 29 will see the release of the series.

Here is a concise list of everything coming on HBO this July.

Blue Exorcist, Seasons 1 & 2
Your Lie in April, Season One
91 Days, Season One

So, these are movies and series coming to HBO Max in July.

Insecure Season 6: Will there be a season 6 on HBO Max?