‘True Detective’ Season 4 in the Works at HBO With Barry Jenkins.

True Detective is a fan favourite American crime drama that first premiered on HBO on January 12, 2014. It follows the premise of different detectives collaborating to unravel unconnected murder mysteries with unseen twists, abysses and plotlines.

The show was written by Nic Pizzolatto, who co-created it with director Cary Fukunaga. The first season was highly applauded by the critics and audience alike, making it a worldwide phenomenon. The success led the studio to greenlight two more seasons, which were released in 2015 and 2019.

Each season is expanded as a standalone narrative with the most impressive ensemble cast. Although the latter two seasons didn’t receive similar reviews as the first season, the audience received them well. The true detective has received several prestigious awards, including 22 Emmy nominations and winning five.

It’s been more than three years since Season 3 concluded and the fans are now getting restless for True Detective Season 4. So, what are the latest updates on the series’ next chapter?

True Detective season 3 was released on January 13, 2019. After its success, it was deemed unlikely for HBO to cancel the series. Although no official updates have been made. However, Deadline recently reported that Casey Bloys who is the content officer of HBO max’s chief is creating ways to move forward the season 4 on the streaming site.

Casey Bloys has stated that the producers are collaborating with potential writers of the next season. They are ensuring that the new season of True detective must have the right tone and take.

“On True Detective, we’ve been developing various ideas,” Bloys said. “Stay tuned on that one.”

After Pizzolatto parted ways with HBO, the rights to True Detective remained HBO, meaning the company is free to bring the show back without Pizzolatto’s involvement. Bloys said that the network was looking at what direction to take the series next.

On March 18, 2022, Variety confirmed that the fourth season is in development without Nic Pizzolatto.

The plot is being kept under wraps, but as per sources, it would take place in the Arctic, where night can last more than 24 hours.

Season 1 starred Oscar-winning actor Mathew McConaughey and fellow nominee Woody Harrelson, off-screen best friends play the role of detective partners. The season was set in Louisiana and follows the pair in their pursuit to find a serial killer. The first season was highly acclaimed and received several accolades.

Season 2 released in 2015, followed the journey of California based detectives belonging to three police departments of the area. It starred a highly talented cast of actors such as Rachel McAdams, Colin Farrell, Vince Vaughn, Kelly Reilly, and Taylor Kitsch. Wherein, McAdams, Kitsch and Farrell played the leading trio investigating the murder of a corrupt politician. The reviews for the second season were mixed and didn’t meet the previous season’s high expectations, but the viewership saw a small improvement.

Season 3 premiered after a gap of around four years. It proved to be a comeback for the show as it garnered massive momentum from the critics when it was released in 2019. The show starred two times Oscar winner Mahershala Ali playing the role of an Arkansas state police detective investigating a cold case of the two missing children. The third season received much more positive reviews; however, HBO’s audience viewership reduced drastically.

As per the report, the new season would feature two female leads. No casting is confirmed at this time.

Pizzolatto will also likely be credited as an exec producer, though he wouldn’t be formally involved in the fourth season.

If the new season is in development then it would take around 18 to 24 months to be on our TV screens. So, we can expect True Detective Season 4 to release in fall 2023 or early 2024. That’s our guess.

True Detective’s previous two seasons failed to meet the quality of its first season. So, there is tremendous pressure on HBO to deliver a quality product, closer to the first season. 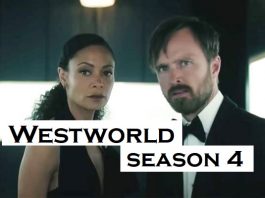 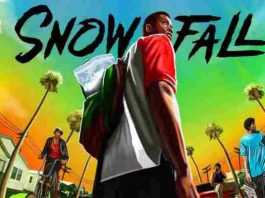 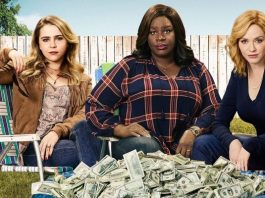 Will There be ‘Good Girls’ Season 5 on NBC or Netflix?