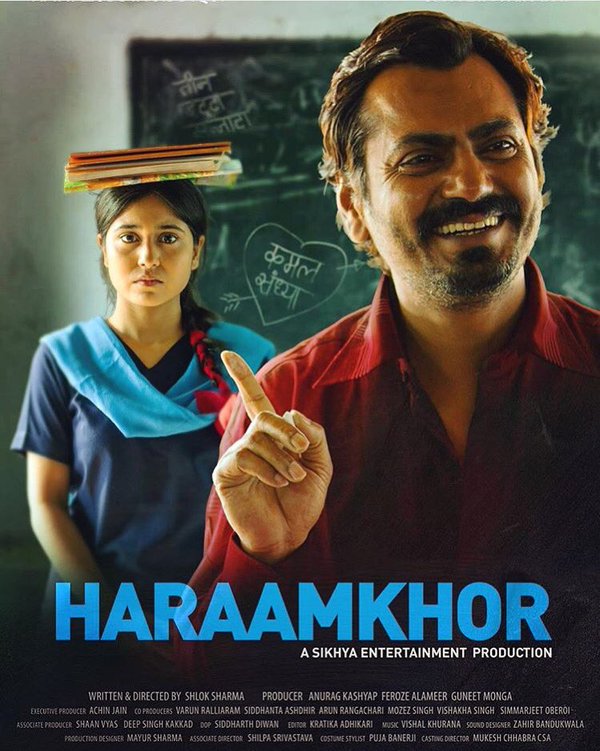 Nawazuddin Siddiqui is on a roll at the moment. After winning our hearts with powerful performances in ‘Bajrangi Bhaijaan‘ and ‘Manjhi – The Mountain Man‘, the actor is all set to amaze us once again in ‘Haraamkhor‘. The movie also stars Shweta Tripathi who was last seen in ‘Masaan’.

The first poster of the movie is out and as always Nawaz impresses with his charm and intensity. The movie deals with a married school teacher (Nawaz) who falls in love with a teenage female student (Shweta) in the school.