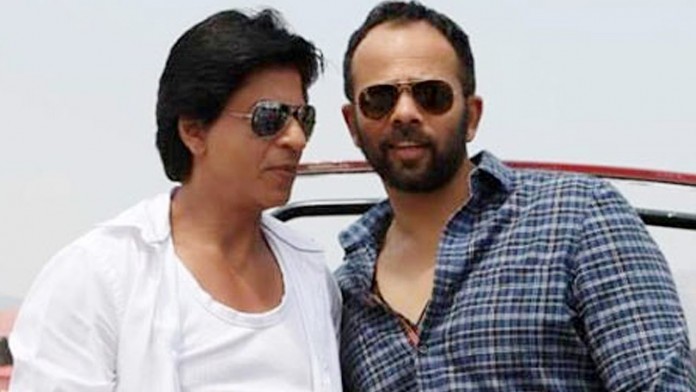 Shahrukh Khan is currently in Hyderabad shooting for the last schedule of ‘Dilwale‘. The last schedule is expected to be wrap up on 5th Nov and after that the team will start with the promotion.

[quote]We met for the first time for the remake of ‘Angoor’ and ever since Rohit came up with a different story to SRK and they gone ahead to make ‘Chennai Express’. After locking the cast and story for Angoor, Rohit again came up with the story of ‘Dilwale’ and narrated to SRK and again they have done it[/quote]

[quote]‘Angoor’ is ready with the team and at the right time they’ll start rolling it.[/quote]

We are excited that this blockbuster pair is coming again together for a remake of cult classic ‘Angoor.