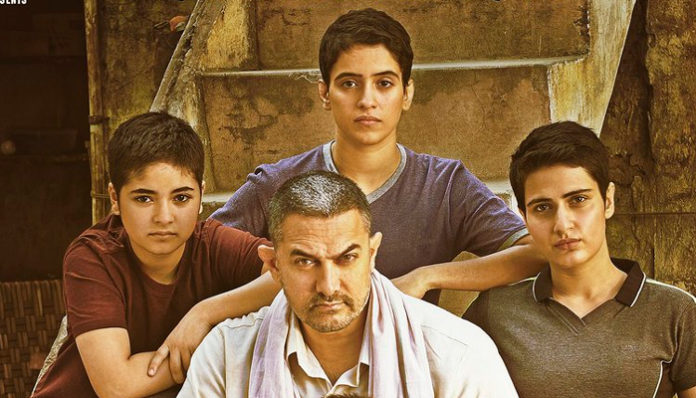 Aamir Khan’s Dangal is one of the most awaited movies of 2016. The buzz surrounding the movie is at its peak and we are assured that 2016 will end on a positive note for Bollywood.

Aamir Khan’s record-breaking streak with seems to have started. First, the trailer of Dangal becomes the most watched trailer on YouTube and now we hear that the satellite rights of the movie have been sold on all-time record price.

As per the reports, Aamir Khan has sold satellite rights of Dangal to Zee Cinema. The deal was cracked a few days back. Though there is no official announcement, there are reports that the satellite rights of Dangal have been sold for whopping 75 crores. The minimum guarantee in this deal is 55 crores, while further 20 crores will be given if the film crosses a certain benchmark (300 crores or 350 crores).

If the reports turned out to be true then Dangal will become the most expensive Bollywood movie on TV. It will break the record of Aamir Khan’s Dhoom 3 which was sold to Sony for 65 crores.

Dangal is made on a moderate budget of around 60 crores. With 15 crores spent on promotion and publicity, the total budget of the movie stands at 75 crores. Aamir Khan himself is the producer of the movie with 30% shares hold by Disney. The movie seems to have recovered its budget through music, satellite and other rights.

Directed by Nitesh Tiwari, Dangal also stars Sakshi Tanwar, Sanya Malhotra and Fatima Sana Shaikh. The movie is all set to hit the theatres on 23 Dec 2016.