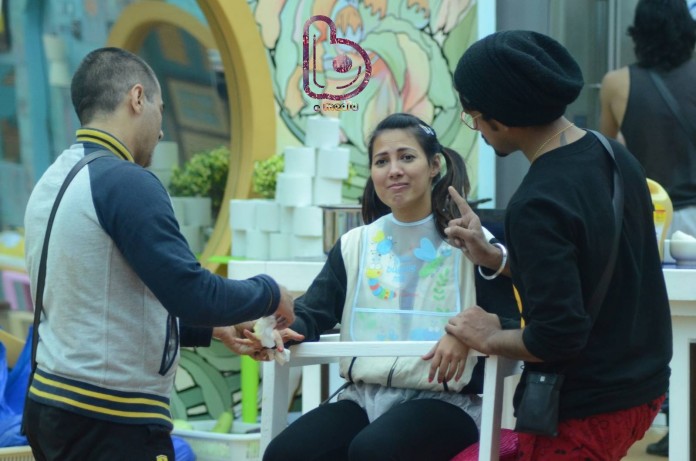 Bigg Boss 9- Day 36 is going to an interesting episode! Here are some Sneak Peeks from tonight’s upcoming episode!

Bigg Boss makes Rimi ‘sanchalak’ of the ‘Shararti Bachche’ task, but she refuses to even participate!

Aman and Mandana try to feed Rishabh, while he being the sharati bachcha that he is, refuses to eat!

Digangana and Rochelle get upset and complain about the housemates getting physical during tonight’s task!

It’s survival of the fittest for performance based nominations this week. What do you think is going to happen?