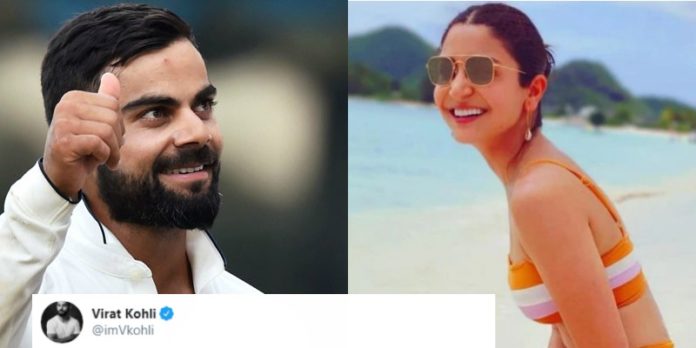 Virat Kohli and Anushka Sharma are one of the most followed couples of the country. The couple, who got married on December 2017, have been giving us some serious couple goals since a long time now.

From supporting each other at important events to maintaining a perfect balance between personal and professional lives, Virat and Anushka are a perfect couple, who never fails to steal our hearts away with their adorable PDA.

The actress is currently on a short break from work and is living it up with her hubby. Anushka Sharma who is accompanying Virat on his West Indies tour shared a sun-kissed picture of herself in a bikini on Instagram.

In the picture, Anushka can be seen in a red and white bikini, with her hair pulled back in a bun. Sharing the happy picture from a beach in Antigua, Anushka wrote:

Soon Anushka’s fans flooded the picture with comments from all over. And husband Virat Kohli was among the first ones to comment on the breathtaking photo of Anushka. The cricketer responded to Anushka’s photo with a heart and lovestruck emoji. 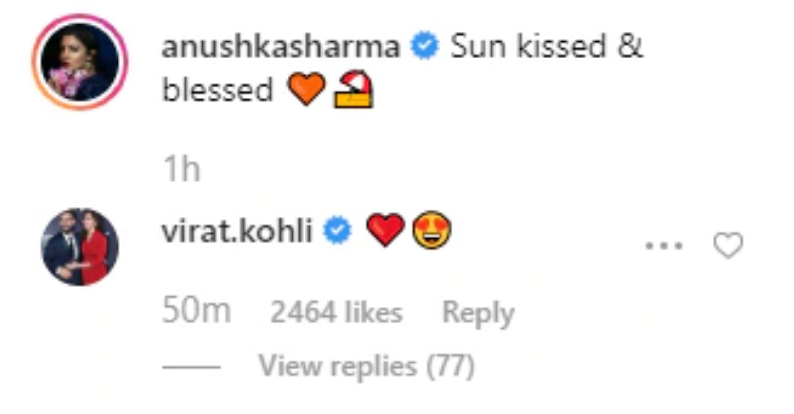 Virat Kohli also took to his social media and shared an amazing picture of himself from the picturesque beaches of Antigua. 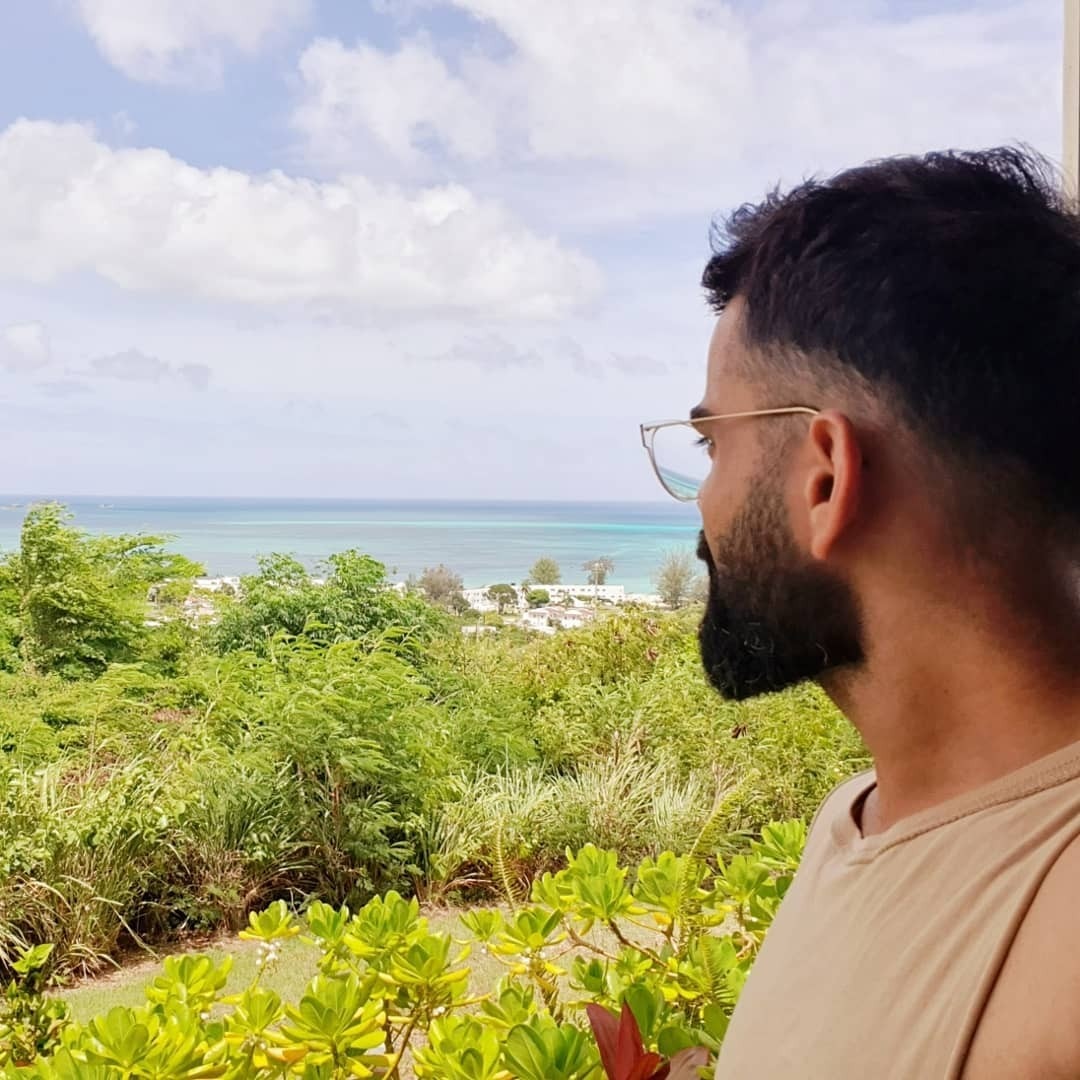 On the work front, Anushka Sharma was last seen in  Zero along with Shah Rukh Khan, and since then, the actress has not signed any new project.