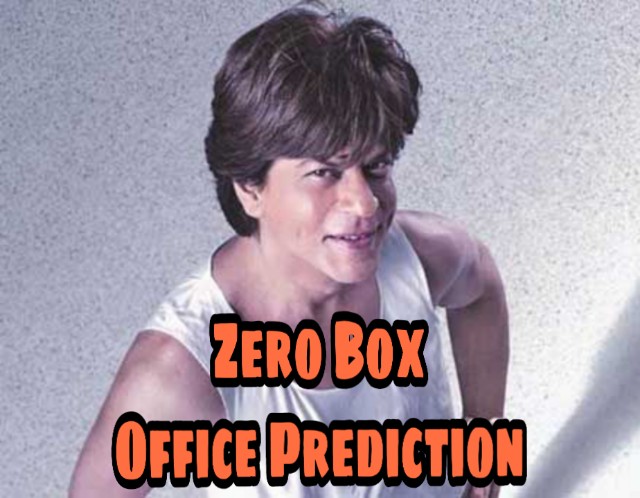 The stage is all set for the release of Shahrukh Khan’s most awaited film Zero. Directed by Anand L Rai, Zero is all set to hit the big screens on Friday and SRK fans just can’t contain their excitement.

Zero looks like the most commercial Shahrukh Khan movie in the last three years and hence the expectations are huge.

Stellar star cast: Shahrukh at his best with Katrina Kaif and Anushka Sharma supporting him. All of them have huge fan following. This is enough for a film to get a big opening at the box office.

Release date: Zero is releasing on 21st December. With the worldwide holiday on 25th, it will enjoy 4 days extended weekend at the box office.

Shahrukh Khan’s recent form: Shahrukh Khan is going through a bad phase of his career as far as box office numbers of his movies are concerned. From Dilwale in 2015 to Jab Harry Met Sejal, Shahrukh hasn’t delivered a big hit at the box office.

Competition with Simmba from the next week: The movie has just one week to score big as it will be competing with Ranveer Singh’s Simmba from 28th Dec.

The expectations from Zero are huge and it will definitely take one of the biggest openings of 2018. The move is expected to hit the big screens on around 4000 screens. Considering the pre-release buzz, trade experts are expecting the movie to earn at least 30 crores on the first day.

I am expecting the first day numbers to be around 35 crores. The reason is quite simple. The pre-release buzz is high. The advance booking reports are solid. The expectations are huge.

Like any other Bollywood movie, the lifetime numbers of Zero would depend on the WOM of the public. If accepted by the audience then it will definitely become Shahrukh Khan’s highest grossing movie of all time by beating Chennai Express (227 crores). If failed to impress the audience then who knows that the movie may find it difficult to cross 150 crore mark.