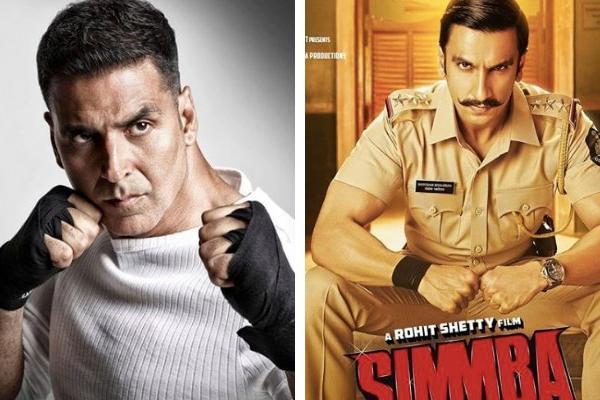 After the release of Simmba, Rohit Shetty has signed Akshay Kumar for his next film. Reports suggest that Ranveer Singh and Ajay Devgn will do a cameo in the film.

Rohit Shetty is on a roll. After the success of his recent film Simmba the filmmaker has already started planning for his next. If reports are to be believed then Rohit has roped in Akshay Kumar for his next titled Sooryavanshi. The glimpse of his character from the upcoming film was seen in Simmba.

Talking about this development, Bollywood Hungama quoted a source as saying, “Yes, Rohit Shetty will be directing Akshay Kumar next. Given Shetty’s recent track record at the box office, it was obvious that other A-list actor would be lining up to sign him on as their director.”

The source further stated that Akshay will be seen portraying the character of an ATS cop in Sooryavanshi which is slated to go on floors in April 2019.

When quizzed about Ranveer and Ajay Devgn’s cameo in the flick, the source told Bollywood Hungama, “In Simmba Ajay Devgn made a special appearance in his Bajirao Singham avatar, while Ranveer Singh too played a cop. Now in Sooryavanshi, both Ranveer and Ajay will be making an appearance and it will not be surprising if they reprise their respective roles from Simmba and Singham.”

Well, this news will certainly put a big smile on the face of Ranveer and Ajay Devgn fans. Meanwhile, Rohit Shetty’s Simmba is having a dream run at the domestic box office. After a big opening day with the collection of 20.72 crores, the film saw good growth on Saturday and earned around 24 crores.

You can check Bollywood, cricket and other celebs biography on our new site celebcenter.net.