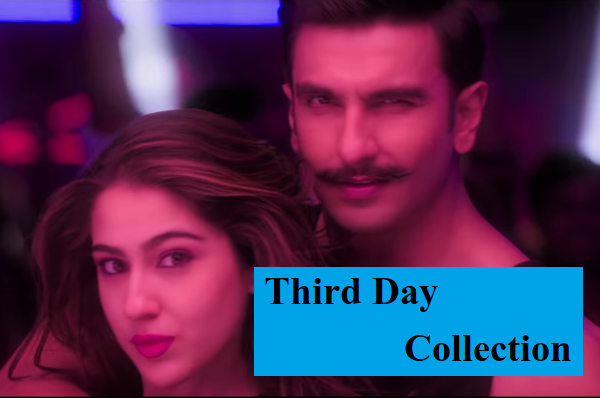 After a very good opening day with the collection of 20.72 crores, Rohit Shetty’s Simmba witnessed good growth over the first weekend. The movie earned 23.33 on its second day. On the third day of its release, the movie witnessed more growth. As per early estimates, Simmba 3rd day box office collection would be around 28 crores. The total collection of the movie after three days stands at 72+ crores.

First weekend box office collection of Simmba is the 5th highest weekend of 2018 behind, Sanju, Race 3, Thugs of Hindustan, Padmavaat and Baaghi 2.

Rohit Shetty’s masala film formula is doing wonders once again as the audience is loving the movie. In fact, the critics have also praised this masala potboiler.

So far, the movie has performed exceptionally well at the box office. It witnessed a good trend over the weekend with positive growth on Saturday and Sunday. Good reviews and positive word of mouth ensures that the film will see good growth in the coming days.

Rohit Shetty’s film is here to stay and we can expect it to touch the 100 crore mark tomorrow. The drop on Tuesday will decide how much it will earn in its lifetime. Generally, masala films fall flat after the initial burst.

Simmba has an advantage of the new year holidays. With no big release in the first week of January, the movie should remain strong at the box office. If the film manages to hold well in the second week then 200 crores in certainly on cards.

What are your views on Simmba 3rd day box office collection? Share your thoughts with us in the comments section.