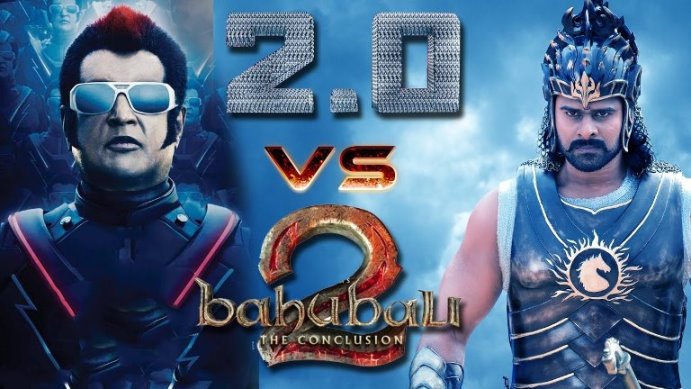 The Rajinikanth and Akshay Kumar starrer 2.0 will release on record 10,500 screens worldwide to beat Baahubali 2’s screen count of 9000.

With just a few hours left for the release of the biggest film of the Indian cinema, the excitement of the moviegoers is at its peak. Starring two biggest superstars of the country, Rajinikanth and Akshay Kumar, 2.0 is all set to hit the big screens tomorrow.

The movie has created tremendous pre-release buzz, courtesy the presence of superstars Rajinikanth and Akshay. While Rajini has an unmatched fan following down south, Akshay Kumar is one of the biggest stars in the north.

As per industry Trade expert Ramesh Bala, 2.0 is releasing on record 10,500 screens worldwide. With this, it becomes the widest Indian release of all time surpassing Bahubali 2’s screen count of 9000. Here is a detailed look at the Indian and overseas screen count of the film.

2.0 is the widest Indian release of all time. It has bagged 7500 screens across India. Out of these 7500 screens, north Indian states (Hindi belt) gets 3700 screens.

With such a grand release, it would be interesting to see how much money the movie will mint at the box office. Directed by Shankar, 2.0 also stars Amy Jackson in a pivotal role.