There is bad news for those who have been waiting for 1883 episode 4 to air on Paramount Plus. Episode 4 didn’t release on Jan 2, 2022, and here is when it will release.

Fans are absolutely loving Yellowstone’s prequel ‘1883’ as Duttons are on an onerous journey to the west. Since its debut on Dec 19, 2021, 1883 has impressed the viewers and critics. There is no point in guessing that the show has garnered immense viewership just like Yellowstone. In the third episode, the Dutton family continues their difficult journey, which only gets harder thanks to the endless dangers they are facing. The cortege is forced to halt after reaching a spot. Since its premiere, the show has managed to engage the viewers who are now waiting for the next episode. So, here’s everything you need to know 1883 Episode 4 including its release date and time.

The fans had been eagerly waiting for the next episode as there was no prior announcement from the streaming service. LaMonica Garrett, who plays Thomas in the show confirmed through his Instagram story that the new episode will air on Jan 9, 2022.

Taking to his Instagram story, LaMonica wrote: “Tonight’s episode will be a look at BTS. After this NYE weekend, episode 4 will air next Sunday.”

The latest episode offers BTS from the show

The latest episode offers BTS (behind the scenes) of the show. The official account of 1883 tweeted a special teaser. The tweet read: “So much work went into bringing #1883TV to life. Go behind the scenes with “The Road West,” new special streaming now on @ParamountPlus.”

So much work went into bringing #1883TV to life. Go behind the scenes with “The Road West,” a new special streaming now on @ParamountPlus. #ParamountPlus pic.twitter.com/QlOHDzvzWF

1883 is Paramount+ exclusive show in the United States. Paramount+ is the only service where you can stream 1883 new episodes. 1883 Episode 4 will be available to the paid subscribers of the service on the date and time mentioned above.

Amazon Prime Video Users with Paramount+ add-on to their package can also stream the new episodes of the show. The show is not available on any other streaming service like Netflix or Hulu. In fact, it won’t stream on Peacock Premium, which is streaming home for Yellowstone since its debut in 2018.

What to expect from 1883 Episode 4? Spoilers

In episode 4 of ‘1883,’ Dutton’s family will continue their journey to the west with the cortege. James and his family are feeling safe as they are travelling at the back of the caravan. Meanwhile, Shea and Thomas are leading the group, and they will have to face any tribulations that emerge ahead. The group of people is already facing a lot of trouble and they should be well aware of the difficulties they are going to face. They have to be conscious of the robbers stalking and watchful of their already inadequate resources.

Elsa is still unaware of some of the problems of this world. She’s enjoying the beauty all around her, unaware of the dangers that lie ahead in the journey. She and Ennis are likely to continue flirting with one another. However, they are expected to face hiccups and reconsider their feelings. The journey is going to be adventurous and full of thrills.

You would not be happy to know that Yellowstone new season is coming to an end next Sunday. Yellowstone Season 4 Episode 10 (finale) aired on Jan 2, 2022. 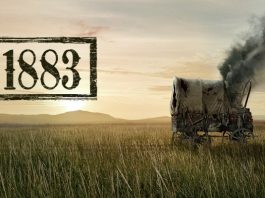 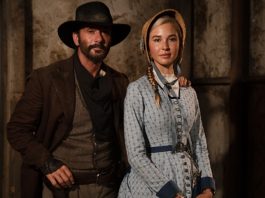 How Many Episodes of ‘1883’ Are There? Season 1 Release Schedule 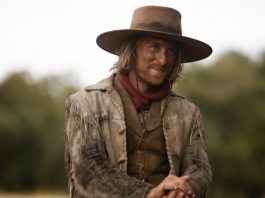